It’s not all bad news among luxury cars, of course. The two most popular and most famous XF alternatives both posted substantial improvements in March. BMW 5-Series sales rose 55.6%. Mercedes-Benz E-Class sales grew by 1065 units.

Mercedes-Benz fared nicely with its smaller C-Class last month, too, although not well enough to catch the falling BMW 3-Series. C-Class sales were up 8.9% but still trailed the Infiniti G25/G37 (up 23.6%) and the invincible 3-Series (down 9.7%). The 3-Series is soon to be replaced. Even so, just that one BMW model was enough for BMW to out-sell Lincoln and Volvo. 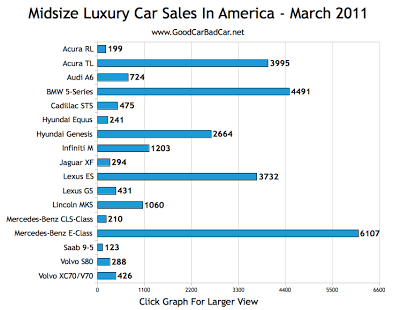 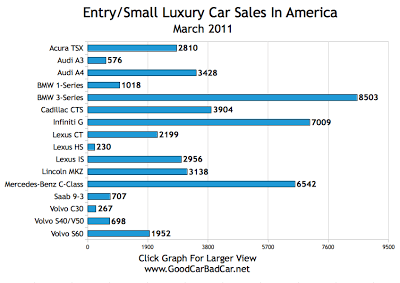