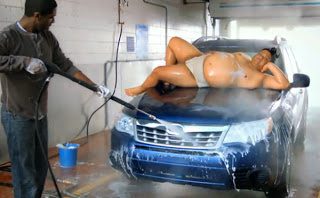 Add up all the sales of all the large mainstream sport-utility vehicles on sale in Canada in January 2011 and you get… drum roll…. 501. (59.3% of them were General Motors products.) Now compare that 501 figure, a total figure for a whole segment remember, with the sales of the vehicle ranked 14th in the small SUV Graph down below. The Jeep Wrangler, a member of a fairly mish-mashed list of small sport-utes and crossovers, saw its sales drop one unit to 512 in January, out-selling the whole large SUV category by 11. Perhaps a survey of Canadians would say they still see the merits of jumbo SUVs, but in practice, the market is nearly nonexistent.

Indeed, even the midsize sport-utilities and crossovers are comparitively weak. As GoodCarBadCar.net labels them, not a single “midsize” competitor made the list of Canada’s 10 Best-Selling SUVs in January. True, classifying this whole bunch of vehicles isn’t easy. Forgetting the fact that the 2011 Chevrolet Suburban costs $52,220 and isn’t considered a luxury vehicle because of its badge and size while the 2011 Audi Q5 costs about $11K less and is, there’s difficulty arranging by size since vehicles compete against one another for reasons going far beyond stature; for reasons beyond price and drivetrain configuration, too. Nevertheless, what is true is that Canadians like their tall vehicles smaller and cheaper. Thus, despite strong sales of the 2011 Jeep Grand Cherokee (up 37% over January 2010), large volume comes from vehicles with smaller interior volume.

This means vehicles like the Ford Escape, up 74% compared with the same period of 2010, and the Chevrolet Equinox/GMC Terrain twins, up a combined 26.2% to 2293. On a separate but no less interesting topic, total Hyundai/Kia SUV/CUV/crossover volume in Canada in January reached 3625 sales. Chevrolet and GMC sold 3756 utility vehicles. Ford and Lincoln joined forces to find 4532 buyers. Toyota and Lexus sold 2276 utility vehicles. Jeep and Dodge utility vehicles sales totalled 4091. 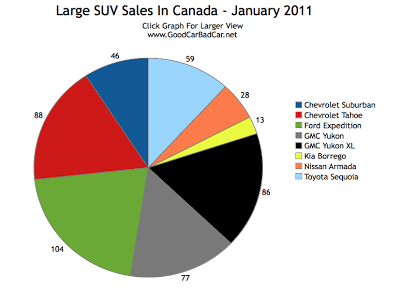 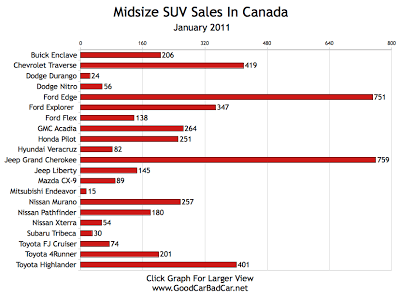 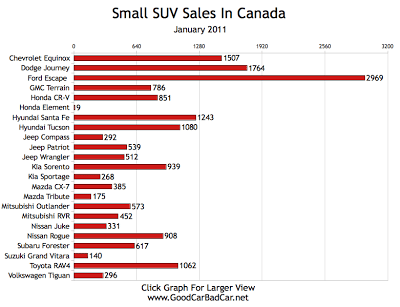