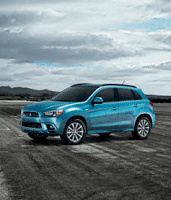 While researching the magnitude of domestic SUV sales improvement in the United States for Cars.com’s Kicking Tires blog, numerous facts that couldn’t fit in that article seemed worthy of mention elsewhere. Some, in the large SUV sales analysis below, bear repeating.

When Mitsubishi doubled its sales from June 2010 to June 2011 it wasn’t because of the Outlander, sales of which fell 16.3% last month. Without the new Outlander Sport, Mitsubishi’s year-over-year jump was a still-remarkable 66.9%. The Eclipse, Galant, and Endeavor were leaving dealers like they’re going out of style. Which they are. 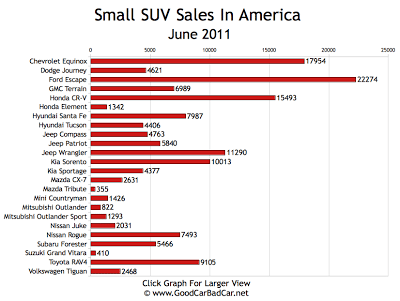 Slow to pick up steam in Canada, the Grand Cherokee-related Dodge Durango is turning into a bit of a hit in the United States. Together with its Jeep sibling, the aggressive duo out-sold any other individual SUV in the U.S. in June 2011. Of course, topping their 14,796 sales isn’t hard for GM’s Lambda platform trio and its 17,078 sales. And it’s not as though any shame can be cast on Ford for marketing the country’s best-selling three-row utility vehicle, or selling more and more copies of the hugely successful Edge. Explorer sales are up 107% this year. The Edge is improving despite in-showroom competition. Sales of the bigger-than-Escape/smaller-than-Explorer two-row crossover are up 7%. 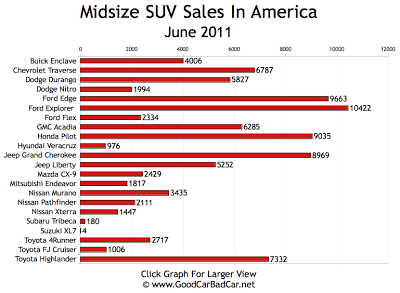 In case you didn’t temporarily vacate the premises to read The Good Car Guy’s SUV analysis at Cars.com, June sales of the planet’s biggest SUVs (excluding the Kia Borrego which wasn’t on sale in 2004) are down 66% in the last seven years. The Chevrolet Suburban and Tahoe, GMC Yukon XL, Kia Borrego, Ford Expedition, and Toyota Sequoia all reported falling year-over-year sales for last month. No percentage decline was worse than that of the Kia Borrego, an expired model, which suffered a 99% drop, 67 points worse than the GMC Yukon XL’s plunge.
In June 2010, the Suburban, Tahoe, Yukon, and Yukon XL accounted for 7.8% of all General Motors sales. In June 2011, that number fell to 6.2%. During the same period, sales of GM’s main compact car (the best-selling Cruze/Cobalt) went from 5.2% to 11.6% of all GM sales. 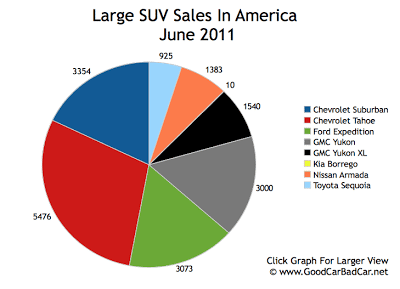