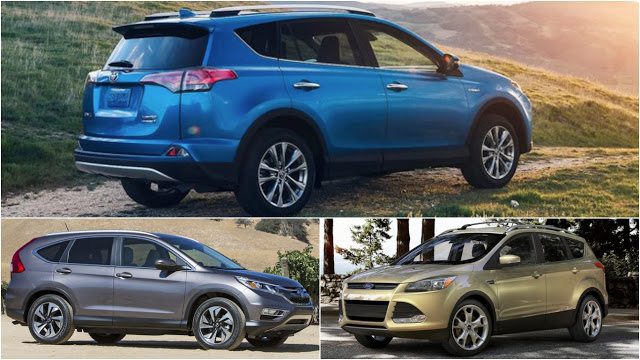 Ford Escape sales slumped 9% through the first 11 months of 2015, though fortunately jumped 11% to a class-leading 4144 units in November.

The Honda CR-V’s growth, at 10% through November – though down 20% in November specifically – was substantial, but not as rapid as the growth rate experienced by the overall SUV/CUV sector.

The Toyota RAV4’s 16% uptick was greatest among the top-selling trio, resulting in greater volume than the CR-V – which ended 2014 ahead of the RAV4 – and a superior rate of growth than that experienced by its own segment and the overall SUV/CUV sector. 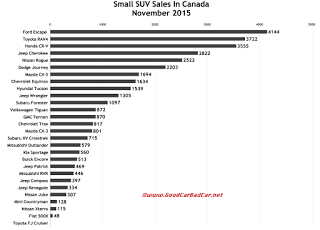 Small SUVs and crossovers are quickly becoming the heart of the Canadian auto industry. Although compact cars achieve greater overall numbers, the profits generated by those often steeply discounted cars isn’t as substantial, and the total volume achieved by small cars continues to decrease.

Total pickup truck sales are greater than the small SUV/CUV segment’s, but that total pickup volume is really generated by three categories: small/midsize trucks, full-size trucks, and heavy-duty trucks, and even the full-size/HD combo doesn’t produce sales as numerous as the Escape/RAV4/CR-V class.

Added to these “compact SUV” sales are increasing numbers of subcompact utility vehicles, sales of which more than doubled in November 2015. The Honda HR-V and Mazda CX-3, the two newest members of the fleet, have been the most popular since their arrival.