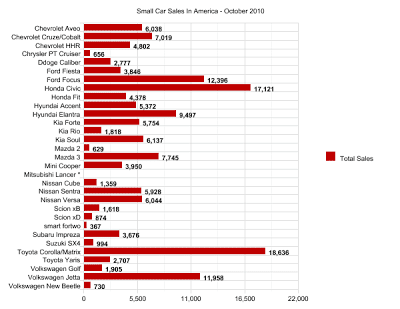 Home
All Vehicle Rankings
Passenger Car Sales
Small Car Sales
Compact Car Sales
In a handful of groupings separating inexpensive smaller cars from average-priced, averaged sized cars and finally larger mainstream models, the 2011 Ford Fiesta and 2011 Buick regal stick out like the thumbs of hitchhikers. The media, both mainstream and automotive, have been touting the Fiesta’s “success” and average selling price as a sign that Americans are finally adapting to the idea of semi-premium small cars. But the Fiesta was out-sold in October 2010 by the less-expensive but similarly-sized Chevrolet Aveo and other competitors including the Honda Fit, Hyundai Accent, and Nissan Versa.

Meanwhile, the gorgeous Buick Regal is commonly lauded by sources of all kinds – even The Good Car Guy – for its handsome body. Others celebrate its European engineering, the way it pushes Buick forward, and the way it makes you forget old Buicks. Consumers, however, have offered Buick peak monthly sales figures for the Regal under 1800 units. 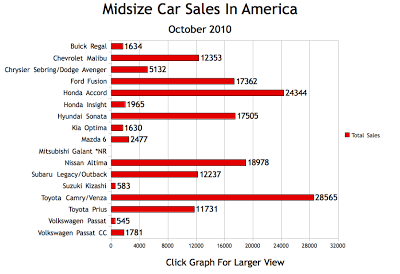 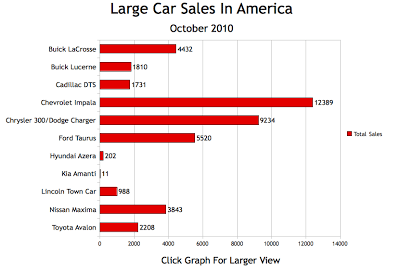