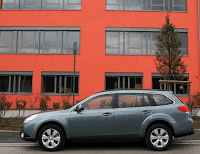 Long believed by Canadians to be synonymous with quality and efficiency, the Honda Civic can officially be linked just as strongly with popularity as it can any other trait. While on very basic terms this can only be described as a good thing, Honda must watch its footing. The Civic is Canada’s most popular car, but competing in a hotly-contested segment means the Civic could be prone to losing its crown at any moment if Honda can’t push the envelope. Does the 2012 Honda Civic break new ground? No critic has driven the new Civic yet, so don’t make any predictions that’ll come back to haunt you.

Some Civic challengers that appear to have fallen by the wayside remain tremendously successful in the Canadian marketplace. Nissan Sentra sales were up 9% in 2010, a period in which Civic sales dropped 8%. Volkswagen’s year-end figures for the Jetta might not be overly impressive, but the Jetta was up 6% in 2010 and moved way up the Best-Selling Cars list in December. It’s not worth criticizing the most popular nameplate, but Honda ought to be very aware of the Civic’s tails.

Subaru sold nearly 10,000 midsize cars in Canada in 2010. (The Good Car Guy refuses to consider the Outback as an SUV.) Subaru Outback sales were up an astonishing 209%; Legacy sedan sales rose 25%. In the exclusively hybrid battle, Toyota landed punch after punch on the nose of Honda’s Insight, but it’s not as though Prius sales were particularly strong. Down 36% from 2009, the Toyota Prius is by no means the mass market player in Canada that it is in the United States.

Chevrolet’s always-discounted Impala led the way among large cars, a Sales Stats subsection of GoodCarBadCar.net’s that’s fraught with a lack of direct competitors. Sales of Buick’s two big cars were up 37.7% in 2010. Add the Regal’s sales into the mix and… well, that doesn’t make much of a difference. The Ford Taurus, Nissan Maxima, and Toyota Avalon all posted huge improvements on 2009. 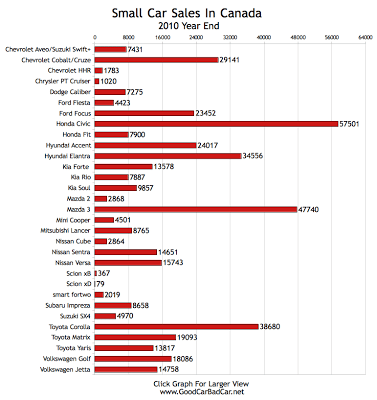 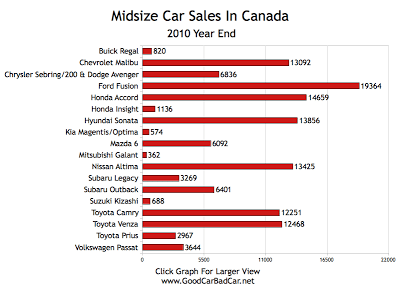 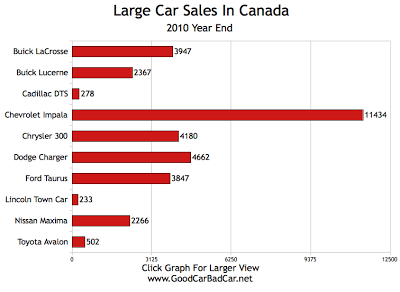