Chevrolet’s Canadian division sold 263 Cobalts in January. When paired with its replacement, the 2011 Chevrolet Cruze, Chevrolet’s duo out-sold every other small car in Canada except for Canada’s new best-selling car, the 2011 Hyundai Elantra, and the surprisingly-desirable-to-some-people Toyota Corolla. Yep, that means the Honda Civic and Mazda 3 formed a major part of the peloton in the small car sales race.

Then you have the Chevrolet Malibu, third among mainstream midsize sedans. Only the Hyundai Sonata and class-leading Nissan Altima sold in greater volume in January. Ford Fusion sales dipped 15.4% compared with January 2010. Toyota Camry sales fell 43.1%. Honda lost more than half of its Accord sales. Malibu, Altima, and Sonata sales were down, too, incidentally. GoodCarBadCar.net’s favourite, the Toyota Venza, was down 38.6%.

Sales Stats for every large, midsize, and small car on sale in Canada in January 2011 are listed below. 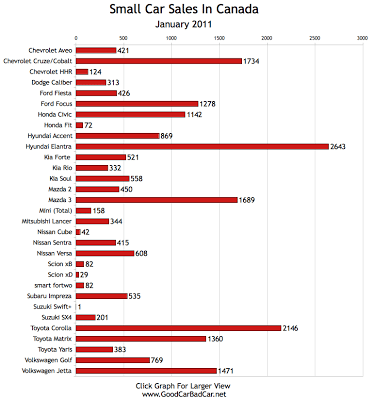 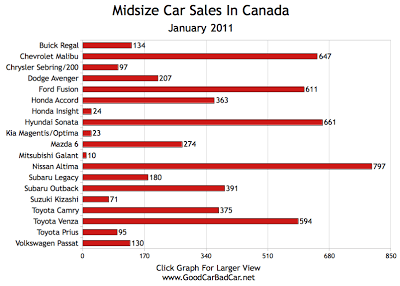 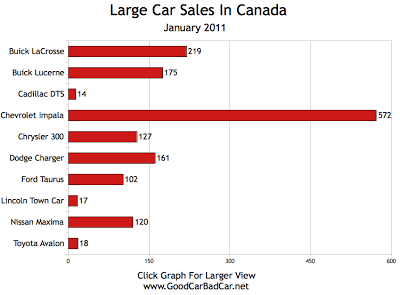