Canadian Dodge Caliber sales dropped 63.1% in February. Knowledgeable auto observers won’t be surprised to learn such a fact: the Caliber has always sucked more than a little bit. Toyota Camry sales dropped 60.7% in February, the Honda Accord was off 52.9%, and sales of the Chevrolet Malibu were down 48.4%, somewhat more surprising figures.

You’ll notice a change highlighted in blue in the charts below, a change implemented first in the U.S. version of this post. Of the blue cars – the subcompacts as they’re often called – the Hyundai Accent clearly led the way, but competition is fierce for second place. Volatile Fit sales swung Honda to the bottom of that segment in February (excluding the Suzuki Swift) after Fit sales swung from 615 in May to 593, 477, 475, 385, 316, 1557, 1655, and 72 in January. 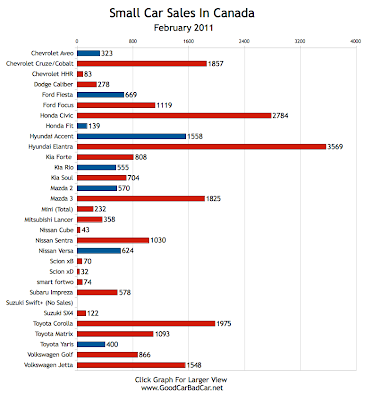 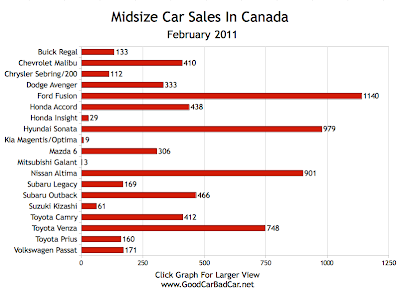 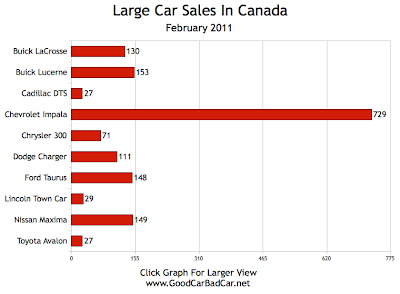