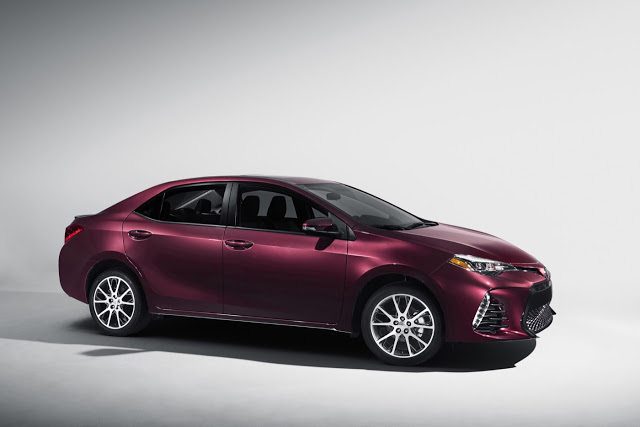 That title belonged to another Toyota. Corolla sales jumped 15% to 32,272 units, including the now-Toyota-badged Scion iM.

But the Toyota parent brand didn’t need to take ownership of the iM for the Corolla to earn top spot in September. And it wouldn’t be so crazy if it did. Many Corolla competitors, including the Honda Civic as of this month, are available in both sedan and hatchback bodystyles. In fact, the Civic adds a coupe to the mix.

The Scion Toyota Corolla iM is very much a Corolla hatchback. Exterior styling is different, so is the rear suspension.

But the Corolla family just got a little bit bigger. And the Corolla’s sales figures grew, as well.

Reminder: these are 2016 year-to-date rankings, but you can sort cars by September volume by clicking the September 2016 column header, or you can rank cars by improvements or declines using the % columns. Or, most importantly, you can list automakers together by selecting the Car column header.

Source: Automakers & ANDC & WSJ
* Italicized, asterisked, unranked lines are nothing more than available breakdowns, already included in the model’s total, not in addition to the model’s total.
² Total Prius Family sales: -22.6% to 12,475 in September; -25.6% to 105,558 YTD.
³ Hyundai USA combines sales of the Genesis and Genesis Coupe. Mercedes-Benz USA, not GCBC, is also intermittently combining E-Class and CLS-Class sales figures.
° Overall market figure is a combination of all reported sales figures and HybridCars.com  estimate for Tesla.
Sales data for brands such as Aston Martin, Ferrari, Lamborghini, Lotus, Rolls-Royce etc. are unfortunately not broken down by model. estimates say sales for Aston Martin and Lotus in 2016’s first nine months were 774 and 126 units, respectively.
Tesla, unfortunately, doesn’t release model-specific monthly U.S. sales data, but we source estimates from HybridCars.com and The Wall Street Journal.
HybridCars.com Model S sales estimate: +95.2% to 4100 in September; +20.9% to 21,400 YTD.
WSJ Model S estimate: +4.5% to 2300 in September; +28.4% to 19,450 YTD.