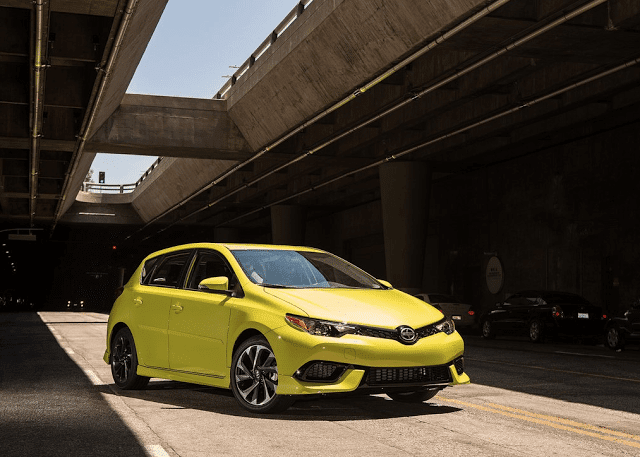 Auto sales have never climbed beyond 17.5M units over the course of a full calendar year, and haven’t crested the 17M mark since 2001. The 16% improvement in September translated to 196,000 more new vehicles sales last month than during the month of September 2014.

Fiat Chrysler Automobiles’ 14% September 2015 year-over-year sales improvement set the stage for what was likely a particularly healthy month of auto sales. After three years in which the Labour Day weekend and its big sales were linked to August’s results, those sales were joined to September’s total in 2015.

American Honda’s 13% improvement came about as a result of a 14% gain at the Honda brand and Acura’s 6% uptick. Acura’s crossovers were down 3%. As Honda preps the launch of an all-new tenth-gen Civic, sales of the outgoing model jumped 27% in September 2015.

Toyota USA sold more than 25,000 vehicles through its Lexus outlet and also posted an unusual 57% gain at Scion, as the sub-brand sold their first 3388 copies of the iA and iM. At Toyota, the Camry jumped 21%, Corolla volume rose 30%, and the RAV4 rose 19%.

If you don’t wish to see automakers arranged alphabetically, click column headers to sort automakers by September sales, year-over-year change, year-to-date totals, or any other order. Best seller lists for cars, trucks, and SUVs will be added later this afternoon. In the coming days, GCBC will also publish a complete list of year-to-date sales for every single vehicle line, a list which includes brand results. Here’s last month’s version of that post. You can always find historical monthly and yearly sales figures for any brand by clicking the brand name in the table below or by selecting a make (or model) at GCBC’s Sales Stats page.

Nissan’s 18% increase occurred as sales at its namesake brand, Nissan rose 17% with help from a 46% Rogue increase. Infiniti volume jumped 30% to 10,220 units, the third consecutive 10K month for Infiniti. Subaru and Mitsubishi, two smaller Japanese auto brands, posted massive percentage increases in September. Mitsubishi is strengthened by its best seller, the Outlander Sport; Subaru by the Forester and Outback which both topped the 15K mark.

Porsche sales rose 23% in September 2015 with across the board increases. The Cayenne and Macan produced 57% of Porsche’s three-quarter sales.

Audi, one of America’s fastest and most consistently growing premium brands, posted a 16% increase in September with best-ever Q5 sales and a 16% A3 increase. Though embroiled in controversy at the tail end of the month, only a small portion of the Audi lineup in America was directly impacted. Wait a second: how did Volkswagen sales increase?

Remember, the diesel scandal erupted at the tail end of September 2015. Moreoever, it didn’t impact all of the brand’s sales. Only about one out of every four or five VW models are equipped with TDI engines in the United States. Moreover, on a daily sales rate basis, Volkswagen sales did decrease in September. There was one extra day of sales in September – the month was essentially 4% longer this year than last – and that day included Labour Day weekend, sales of which had been collected by August’s data in 2012, 2013, and 2014. On a DSR basis, Volkswagen USA sales were down 3.5%, from 1083 in September 2014 to 1046 in September 2015.

BMW sales improved to the tune of a 4% increase despite a 4% loss in SAV sales. Thank the brand’s cars, up 7%, for the uptick. Volvo’s gradual resurgence continues on the back of the new XC90, which accounted for one-in-five Volvo USA sales last month.

But it was Mercedes-Benz that overcame two consecutive months of Lexus leadership to end September as America’s top-selling premium brand. Mercedes-Benz sold 3492 GLEs plus 1659 copies of its M-Class predecessor in September, making the combo Mercedes-Benz’s second-best-selling model last month.

Mazda recorded minimal growth in September 2015 from a daily sales rate perspective – total volume was up 7%. The 3 declined marginally; total CX-3 and CX-5 sales were up 29%.