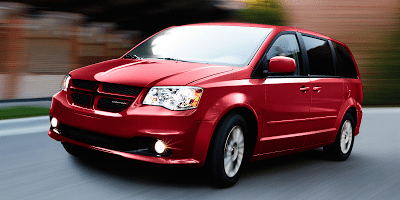 Ranking 260 vehicles by nine-month Canadian sales volume inevitably leads to the analysis of the top 4% or 8% or 12% of the field. 13 of the top 30 suffered declining year-over-year sales through the first three quarters of 2012, from the fourth-ranked Dodge Grand Caravan – Canada’s leading minivan by a long shot – to the Kia Sorento, a vehicle which replaced the Nissan Altima on this month’s list.

The greatest year-over-year increase among the major players belongs to the Good 12-winning Kia Rio. The Chrysler 200, Toyota Camry, and Honda CR-V also made major gains compared with the first nine months of 2011. By itself, the Camry Hybrid outsells small-time midsize alternatives like the Subaru Legacy, Buick Regal, Suzuki Kizashi, and the original Prius. Yet the hybrid only accounts for 19% of total Canadian Camry sales.

But in Canada, the Camry isn’t the best seller that it is in the United States. True, the Camry now outsells all of its midsize rivals, but the midsize category isn’t nearly as big in Canada. The Honda Civic outsells the three best-selling midsize cars combined – Camry, Fusion, and Sonata – plus the Honda Accord and Subaru Legacy. In all, eight passenger cars, eight utility vehicles, four pickup trucks, and one minivan sell more often than Canada’s best-selling midsize car.

The more popular nameplates obviously include the best-selling vehicle in Canada, Ford’s F-Series, sales of which have risen 13% this year. Canada’s overall new vehicle market is up just 7% this year. Canada’s leading minivan and SUV, the Grand Caravan and Ford Escape, have reported declines of 4% and 6%, respectively.

That’s much of the top end covered, the 30 vehicles which together account for 58% of the overall market. After the jump you’ll find 230 more nameplates, from the 31st-best-selling Nissan Altima to the long-since forgotten 260th-ranked Chevrolet Cobalt. Approximately 1.3 million new vehicles were sold or leased in Canada between January and September of 2012.

You’re in the right place if you want to know how strong the Fiat 500C has proven to be in the Great White North. (It sells more often than most of the vehicles on sale in Canada.) Sales of the Hyundai Genesis Coupe have plunged this year, but the Hyundai Veloster is Canada’s 68th-best-selling vehicle. The BMW 3-Series moved up three spots to 44th this month. The Dodge Dart moved up 32 spots; the Subaru XV Crosstrek jumped 40 spots; the Ford C-Max joined the ranks with an initial position of 253rd, a position which will soon rise. The main C-Max alternative is Toyota’s Prius V, Canada’s 97th-ranked nameplate.

Historical monthly and yearly sales figures for every vehicle currently marketed in Canada and the U.S. can be accessed through the first dropdown menu at GCBC’s Sales Stats home or, for non-mobile users, near the top right of this page. Use your Command+F or Cntrl+F functions to search for a specific model. Italicized unranked lines are nothing more than available breakdowns, already included in the model’s total, not in addition to the model’s total.

Links to important best seller lists are clickable at the bottom of this post. The U.S. version of this post is 265 models long and was published a week ago. But you’ll be spending the next little while analyzing 260 vehicles, plus some trim-specific outputs, in the exhaustive table below.

Source: Manufacturers & ANDC
Red font indicates year-over-year declining sales
Sales data for brands such as Ferrari, Lamborghini, and Maybach are unfortunately not broken down by model. estimates say sales for those brands through August were 171, 96, and 2 respectively. Total Maserati and Bentley volume is reported, but not by specific models.
* = unconfirmed by manufacturer’s monthly report.
Italicized lines lacking rankings are nothing more than available breakdowns, sales which are already included in the model’s total, not in addition to the model’s total.