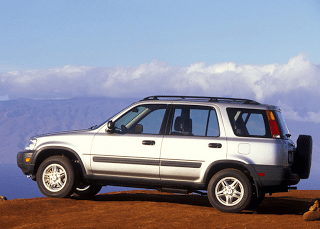 Ford’s surging Escape is certainly trying to make Honda sweat it. What seemed like a sure victory just a couple months ago now looks likely, but not certain. The CR-V’s lead over Ford’s Escape in the race to end 2012 as the best-selling SUV in America has shrunk to 13,306 units.

At the end of May, the CR-V led the Escape by nearly 25,000 sales. The Escape won the September battle by 880 units but needs to win in October, November, and December by an average of 4435 sales.

Impossible? In the larger June market, the Escape beat the CR-V by 5218 units. The Escape finished August 4311 units ahead of the CR-V, as well.

4% of the Ford Explorers sold in America in September were Police Interceptors. To go along with 15,835 Equinoxes, Chevrolet also sold 2849 Captiva Sports to fleet buyers in September 2012. Hyundai’s 15th-ranked Santa Fe has the lowest year-to-date total of any utility vehicle in the top 20. Yet with inventory of the third-generation Santa improving, the Santa Fe should be capable of overtaking its corporate partner, Kia’s Sorento. The Lexus RX was clearly America’s best-selling premium brand crossover in September while accounting for 34.6% of all Lexus sales.

As always, you can find specific monthly and yearly sales figures for all 20 of these vehicles by accessing the first dropdown menu at GCBC’s Sales Stats home or, for non-mobile users, the same dropdown near the top right of this page. GoodCarBadCar already ranked America’s 20 best-selling cars. The five best-selling trucks are coming up. Brands were ranked by September volume earlier today. Below you’ll find the 20 best-selling SUVs and crossovers in America in September 2012.