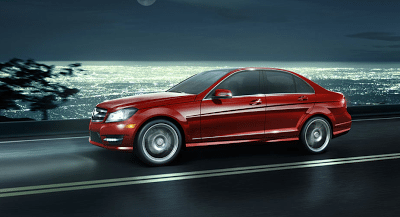 For the first time this year the Mercedes-Benz C-Class finished a month as the leader among luxury vehicles in the United States. September 2012 sales of the C-Class were 15% better than the C-Class’s September 2011 total.

Once again, the Lexus RX was the leading luxury utility vehicle. RX sales jumped 41% in September. During the same period, sales of the Lexus ES jumped 81%. Last year at this time the ES was America’s tenth-best-selling premium vehicle. The RX and ES are two of the eleven Japanese-badged vehicles in the top 30. 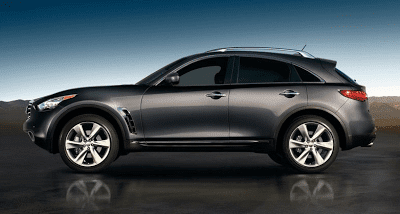 The C-Class and second-ranked 3-Series are two of the twelve German-badged vehicles in the top 30. This leaves four Cadillacs, two Lincolns, and one controversial Korean.

During a month in which the overall industry posted a 13% improvement, only 13 of the 27 cars on this list which were eligible to record a year-over-year gain did so. Eleven of those cars exceeded the overall market’s 12.8% improvement.

Historical monthly and yearly sales figures for all these vehicles can always be accessed through the first dropdown menu at GCBC’s Sales Stats home or, for non-mobile users, near the top right of this page. Brands were ranked by volume a couple days ago and other best seller lists were published then, as well. Pertinent links are clickable at the bottom of this post.

Source: Manufacturers & ANDC
Red font indicates year-over-year declining sales
GCBC qualifies all vehicles from Lexus, Mercedes-Benz, BMW, Acura, Cadillac, Audi, Infiniti, Lincoln, Volvo, Land Rover, Porsche, and Jaguar while also making exceptions for overtly premium cars like the Chevrolet Corvette, Nissan GT-R, Volkswagen Touareg, Hyundai Equus, and (reluctantly) Hyundai Genesis. Buick’s lack of anything truly high-end hinders its value-priced vehicles from qualifying as premium, despite the image Buick held in a previous era. Yes, this means the B-Class is eligible because of the S-Class; the A3 because of the R8, to an extent. Unfortunately the lack of data separating vehicle trim lines from one another (F-150 XL vs F-150 Platinum, for example) means vehicles like the GMC Yukon Denali and Jeep Grand Cherokee SRT8 aren’t included. None of this should lead you to believe the Chrysler 300 and Toyota Avalon and Buick Enclave aren’t luxurious, particularly as they’re viable competitors for true premium players.