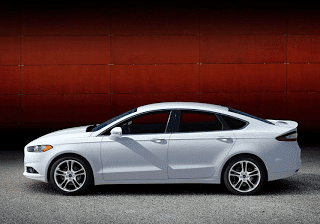 In what amounted to a very good month for Japan’s two American-built midsize sedans, Detroit’s two leading midsize sedans struggled under the weight of poor availability. In the Chevrolet Malibu’s case, the fact that many reviewers haven’t exactly taken a shine to the car didn’t help matters.

As the 2012 Fusion departs, availability dissipates. But the 2013 Fusion isn’t readily available, either. Fusion sales dropped 37%, and August’s eighth-best-selling car fell to 15th in September 2012. The Malibu slid from 14th last month to 16th in September.

Up at the top of the heap sit America’s two long-time favourites. Toyota Camry sales shot up 38% in September and are up 37% through the first three quarters of 2012. As Honda began its switchover and incentivized the outgoing Accord, sales jumped 57%.

Where Detroit did fare well was in the compact sector, not its traditional base by any means. The Chevrolet Cruze was America’s best-sellign American car, third-best-selling car overall, and the leading small car. Ford’s Focus was back in seventh as the fourth-best-selling small car.

The U.S. auto industry posted gains of 13% in September 2012. The majority of the cars on this top 20 list outpaced the industry.