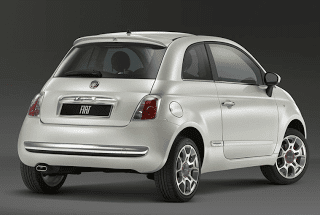 Forecasters suspected U.S. September auto sales would rise by a little less than 9% compared with September 2011, equal to an unsurprising 11% drop from August levels. In reality, the U.S. auto industry reported 13% gains.

No manufacturer posted a greater year-over-year improvement than smart’s 120% jump.

No manufacturer suffered a loss as great as Mitsubishi’s 17% slide.

Major players like Ford, Nissan, GMC, and Mazda all sold fewer vehicles than at this time last year. There are interesting factors at play, however.

For example, Ford’s Fusion is in changeover mode, the Ranger is just about gone, and the C-Max wasn’t performing at full capacity in September. Also, Mazda’s 6 is dying off, but the 3 is selling like craaahzy.

In case you hadn’t heard, you’re able to access specific model-by-model sales information through the first dropdown menu at GCBC’s Sales Stats home or, for non-mobile users, near the top right of this page. Later this afternoon GoodCarBadCar will also publish the September editions of America’s 20 best-selling cars, 20 best-selling SUVs and crossovers, and five best-selling trucks.