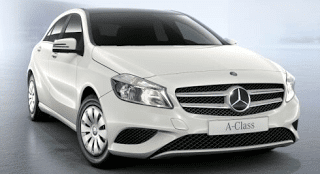 Ford was the best-selling brand in the UK last month. Volkswagen and its partner brands accounted for one out of every five new vehicle sales. Growth at Nissan was overshadowed by Renault’s sharp decline.

BMW ended the month as the UK’s top-selling premium brand. Audi’s year-to-date lead in that category now stands at 3698 units. BMW, Audi, and Mercedes-Benz accounted for 17% of all UK new vehicle sales in September 2012. America’s three best-selling premium brands in September were Mercedes-Benz, BMW, and Lexus. In the U.S., these three brands were responsible for 5.6% of the market. And in Canada, BMW, Mercedes-Benz, and Audi controlled the podium, they accounted for just 5.5% of the market.

The UK clearly loves its premium cars, something they can afford to do when a 122-horsepower Mercedes-Benz A180 costs only £200 more than a basic 120-horsepower Ford Mondeo.

GoodCarBadCar has already published September’s list of the UK’s 10 best-selling cars. Key links are clickable at the bottom of this post. Below, a lengthy table ranks 43 brands by September volume and throws the corporate partners together for an additional perspective.