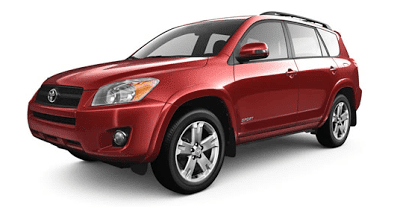 In September 2012, every full-size mainstream sport-utility vehicle on sale in Canada recorded a year-over-year sales decline. The worst percentage drop was the Chevrolet Suburban’s 64% slide. But even the Toyota Sequoia’s 16% drop was far from measuring up to the overall market’s 6.4% increase. The good news for the six sellers of full-sized sport-utes is found in last year’s sales figures.

See, despite these massive percentage drops, the actual volume decline is small. General Motors, the maker of four of the segment’s seven nameplates, only lost 356 full-size mainstream SUV sales compared with last September. Far more troubling to GM Canada’s dealers would be the Cruze’s 2000-unit decline through the first three quarters of 2012 or the Malibu’s tenth-place status among midsizers.

It’s clear, jumbo sport-utes aren’t the way to a Canadian crossover buyer’s heart. Canadians only purchased or leased 404 big SUVs in September 2012. Ford sold 11 times that many Escapes last month. (The Escape outsold the large SUV segment by a 1.3-to-1 count in the U.S.) In fact, 26 different SUV/CUV nameplates outsold the whole large SUV category in September. The Escape was easily Canada’s top seller, but you already knew that. It outsold the seventh, eighth, and ninth-best-selling SUVs, combined.

Viewed as midsize crossovers, the Hyundai Santa Fe and Kia Sorento are big time players. The Ford Edge squeaked in between the two for a podium placement. The Ford Explorer and Jeep Grand Cherokee round out the top five. 15% of the sixth-ranked Toyota Highlander’s September 2012 volume was hybrid-derived.

After the jump you’ll find detailed September and year-to-date sales info for dozens of SUVs and crossovers. The Honda Crosstour, Subaru Outback, Subaru XV Crosstrek, and Toyota Venza are listed in this passenger cars post. You’ll find the Volkswagen Touareg listed with luxury SUVs shortly. The three accompanying charts rank utilities by volume rather than listing alphabetically; click any of them for a larger view.