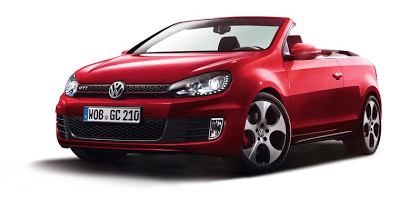 Whatever the presence of this car says about the future of the Volkswagen Eos in North America, what’s most frustrating about Volkswagen Canada (from a sales analyst’s persepective) is the move the company’s made away from releasing detailed sales results.

Even as the U.S. division reported separate data for the Passat, old Passat wagon, and the CC, Volkswagen Canada insisted on releasing information only for the overarching Passat nameplate. As if that wasn’t bothersome enough, around the same time Volkswagen of America began issuing sales reports for the Golf R, Volkswagen Canada stopped separating the Golf and GTI numbers. We can only assume that if Volkswagen began selling the Golf Cabriolet in Canada once again, the Eos’s days may be numbered. And separate sales info for the Golf and Golf Cabrio would likely not appear.

Venting complete, let’s talk about what we do know. After all, Honda doesn’t release separate data for the Si-branded Civic, Mazda doesn’t offer a 3/Speed3 breakdown, and Impreza sales and Impreza WRX sales are tallied together as one car at Subaru. So perhaps we should give Volkswagen a break.

The TT’s in second spot, the BMW Z4 in third, and Porsche’s rising Boxster remains stuck in fourth. The initial Boxster surge which was felt in the summer (65 were sold in June and July) has given way to more realistic volume in August and September. Combined, these four cars and the Porsche Cayman found 98 buyers in Canada last month. The aforementioned Audi A5 was nearly twice as popular as that whole quintet. Oh practical concerns.

Porsche 911 sales dropped 18.5% in September 2012, nearly endangering its status as the top dog in the elite VW Group sports car family. Audi R8 sales fell 10.5% but came within five units of the 911. Mercedes-Benz sold 45 SL-Class hardtop convertibles; total BMW 6-Series sales hit 33. Low 911 totals didn’t stop Porsche Canada from celebrating in September. More Porsches were sold in the first nine months than in all of 2011, record-setting year that it was. But 75% of the Porsches sold in September were Cayenne SUVs.

After the jump you’ll find detailed September and year-to-date sales info for a large number of coupes, roadsters, and general sporting derivatives. The Audi A5 and BMW 1-Series are listed in this luxury cars post, as is the whole Lexus IS range. The whole Fiat 500 range, including the 500C shown below, is displayed in this small cars post, where you’ll also find the Mini Cooper family. Via the Gran Coupe, BMW’s 6-Series is also linked with large luxury cars. The two accompanying charts rank cars by volume rather than listing alphabetically; click any of them for a larger view.