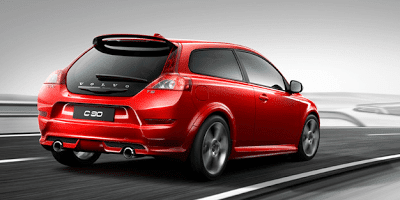 Theoretically, it should be easier to sell a cheaper car than an expensive car. So it helps that the base price of the Acura ILX is $10,000 less than that of the Audi A4. In Canada, it helps that the ILX is sold in Acura showrooms alongside the $53,190 MDX, unlike the $22,595 Buick Verano which sells alongside the $43,315 Enclave and the $13,495 Chevrolet Spark. Buick is selling more Veranos, but they’re often being sold at much lower prices. The ILX, meanwhile, is making up for very low Canadian TSX sales.

Acura sold 23 times more TSX sedans (and wagons) in the U.S. last month than in Canada. Ten cars in the first table below sold more frequently than the TSX in Canada. South of the border, only seven of those cars did so.

The real story among smaller luxury cars in Canada last month related not to any Acura or Infiniti or Lexus but to the top-selling German trio. BMW 3-Series sales shot up 51%, good enough to make it Canada’s tenth-best-selling car. Mercedes-Benz C-Class sales fell 15% but, year-to-date, remain high. Mercedes-Benz Canada has already sold more C-Class sedans and coupes than in all of 2010. Audi A4 sales rose 6% in September and are up 6% through nine months.

Lexus sells very few small luxury cars, but the company’s front-wheel-drive midsize ES350 and ES300h were way out in front of all types of rivals in September 2012. 94 of the ES’s 457 sales in September were hybrids. The ES350, by itself, beat the BMW 5-Series, manhandled the Acura TL, and nearly outsold the Mercedes-Benz E-Class.

Sadly, Volvo has decided to stop building the handsome C30 hatchback. This isn’t overly surprising now that Volvo is concentrating on the V40. The problem is that Volvo isn’t selling the V40 in North America. With the C70’s departure, and the S40 and V50 already gone, Volvo Canada’s lineup is shrinking rapidly. Canadian sales are down 13.5% this year, U.S. sales are down 1%.

Historical monthly and yearly sales results for 282 different vehicles can be accessed through the first dropdown menu at GCBC’s Sales Stats home or, for non-mobile users, near the top right of this page. Click any model in the tables below to go directly to its specific sales results page.

After the jump you’ll find detailed September and year-to-date sales info for nearly three dozen premium cars. The most popular were highlighted last week. The two accompanying charts rank cars by volume rather than listing them alphabetically; click either for a larger view.