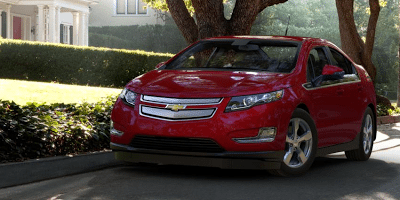 Enthusiast publications praised the Mazda 2 when it finally arrived in North America in mid-2010. Car And Driver said the 2 was, “a hoot to drive.” Automobile‘s headline for their 2011 Mazda 2 Touring article called it, “a great little hatch.” At first, consumers agreed, to a point. Last year at this time, when Mazda 2 sales had risen 22% year-over-year, the 2 was outsold in Canada by the Ford Fiesta, Hyundai Accent, and Toyota Yaris.

Which brings us to September 2012, a month in which Mazda 2 sales dropped 40% to 435. This low total in subcompact-friendly Canada means the 2 was less popular than the Mini Cooper range, Chevrolet Sonic, Fiat 500, Fiesta, Yaris, Kia Rio, and Hyundai Accent. The good news for Mazda Canada? The bigger 3 is still a very popular car. Not Civic-like in its fame, but popular nonetheless.

Like most compacts, the Mazda 3 is more successful (on overall market share terms) in Canada than it is in the United States. Americans only buy 2.4 times more 3s than Canadians do despite the U.S. market being eight times the size. Canadian Mazda 3 sales jumped 38% in September and are up 12.5% this year. Canada’s overall new vehicle market is up just 6.7%. Mazda sales are up 7.5%.

Perhaps the new 6 will help Mazda find some success in the midsize category, too. Not that this is surprising given the current 6’s run-out status, but a dozen midsise cars sold more often than the Mazda did in September 2012. The Mazda 6 did sell more frequently than the Prius, Prius V, Subaru Legacy, Buick Regal, and Suzuki Kizashi.

News that Cadillac will build the stunning ELR at GM’s Hamtramck, Michigan, plant next year causes one to wonder about the Chevrolet Volt’s timing. We’ll never know, but wouldn’t you think the Volt could have been more successful if it had been able to trade on an upper-crust Cadillac coupe’s outrageous technology? “Look, honey, we can buy this family hatchback at a Chevrolet dealer. It’s just like that crazy looking car you saw in that Cadillac commercial, only practical and way cheaper.” Don’t husbands talk like that?

It’s an impossible hypothetical because, as we’re all aware Chevrolet released the Volt first. But surely we all agree that technology should trickle down from GM’s top brand rather than trickling up.

Chevrolet Canada had its best Volt sales month in September. 214 were sold or leased to Canadians. Combined sales of the Mitsubishi i MiEV, Nissan LEAF, new-to-market Ford C-Max, and new-to-Canada Prius Plug-In totalled 57 units. By that standard, the Volt was a roaring success in September.

Historical monthly and yearly sales results for 282 different vehicles can be accessed through the first dropdown menu at GCBC’s Sales Stats home or, for non-mobile users, near the top right of this page. Click any model in the tables below to go directly to its specific sales results page.

After the jump you’ll find detailed September and year-to-date sales info for 71 mainstream brand cars.  The most popular were highlighted last week. The three accompanying charts rank cars by volume rather than listing alphabetically; click any of them for a larger view.

Source: Manufacturers & ANDC
Prius sales include sales of the Prius Plug-In, shown below the Prius, but not the Prius V or Prius C.