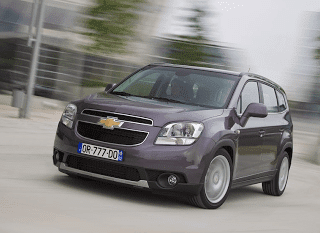 Then along came more pleasant data from Porsche. The German sports car (and hatchback and SUV) company sold more vehicles in the first three quarters of 2012 than in all of 2011. 2011’s year end totals had been the best ever for Porsche Canada. And by the time General Motors submitted data early this evening, things were looking up. The Canadian auto industry reported September 2012 volume of 143K, up 6.4% from September of last year.

Canada’s leading luxury automaker in September was BMW. Subtracting Sprinter sales from Mercedes-Benz’s year-to-date totals shows BMW leading through three quarters, as well.
The best year-over-year improvement in September was smart’s 154% jump. smart also led the way in that department south of the border. Among higher volume brands, Toyota – and to a lesser degree Buick – produced the biggest increases. Ford, Canada’s best-selling brand, stands out because of its leadership and its 7% drop, but Nissan’s 15% decline was obviously worse. Then again, Ford’s own Lincoln brand took that aforementioned dive. Volvo, Cadillac, and Acura all took a hit, too.

The majority of automakers also make available specific model-by-model data, figures which are then made available to you through a database you can access through the first dropdown menu at GCBC’s Sales Stats home or, for non-mobile users, near the top right of this page.

The U.S. version of this September 2012 auto sales by brand post was completed a few hours ago. Below you’ll find complete September and year-to-date sales information for three dozen auto brands competing in Canada.