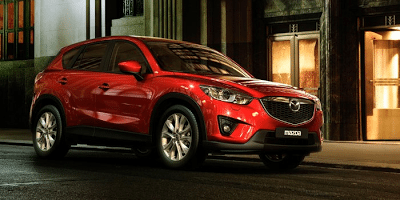 By no means are all twins identical. In the case of SUVs and crossovers competing for attention in Canada, many of the best sellers are at least siblings, if not fraternal twins. But identical? Not at all.

Consider the Hyundai Santa Fe and Kia Sorento, Chevrolet Equinox and GMC Terrain, Hyundai Tucson and Kia Sportage, and finally the Toyota Highlander and Lexus RX. Together, these eight utility vehicles accounted for 6.1% of Canada’s new vehicle market in September 2012.

Yet in terms of volume, not one of those pairs measured up to the individual Ford Escape last month. Escape sales are down 6% this year but shot up 21% in September, even as the overall industry reported 6.4% growth. The Escape is now 6955 sales ahead of the Honda CR-V in the race to end 2012 as the best-selling SUV in Canada. Despite a productive September, last year’s second-ranked Dodge Journey has slid to the third spot as sales have fallen 1% through nine months.

Many have asked lately about the well regarded Mazda CX-5’s low volume. The CX-5 was America’s 26th-best-selling utility vehicle in September as the class-leading Escape sold 5.2 times more often. In Canada, so dominant is the Escape that even as the CX-5 ended the month as the 13th-best-selling utility vehicle (obviously much better than the little Mazda fared south of the border), the Escape still sold 5.3 times more often than the CX-5.

Historical monthly and yearly sales results for 282 different vehicles can be accessed through the first dropdown menu at GCBC’s Sales Stats home or, for non-mobile users, near the top right of this page. The U.S. version of this post was published eight days ago. Key best seller links are clickable at the bottom of this post, but first you ought to peruse September 2012’s list of the 20 best-selling SUVs in Canada. Nine brands are represented in the top 10, eleven brands in the top 13.