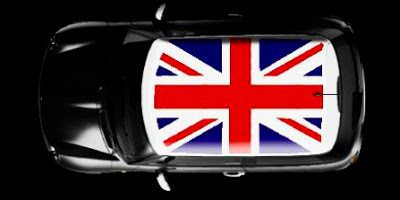 Year-over-year, however, Ford was down 6.6%. And as you’ll see in the pie chart at the bottom of this post, Ford may be the most popular individual brand but still loses out in market share terms to the massive Volkswagen Group.

Volkswagen, including its subsidiaries and Porsche partner, saw its market share fall from 21.9% in August to 18.8% in September 2011. Sales of the Volkswagen brand were up 18.4%, year-over-year. Audi reported a 17% improvement. Skoda was up 27.2%, SEAT was up 22.9%, Porsche jumped 52.6%, and little ol’ Bentley was down 4.3%, or six units. During a month in which 51% of brands reported declining volume compared with September 2010, only 16% of the Volkswagen Group’s brands did so. Audi was the UK’s best-selling premium brand in September and leads BMW by 1597 sales through the first three-quarters of 2011.

We could spend time considering how much Honda struggles in the United Kingdom – quake-related inventory issues have caused problems for Honda all over the world – or how strange it is to see Chevrolet ranked 25th. We North Americans are accustomed to seeing Chevrolet battling for top spot. Instead, let’s analyze the relative power of British brands. Or brands which were once British owned.

For the sake of sticking to automakers we’re acquainted with as niche brands, let’s exclude Vauxhall. Combined sales at Mini, Land Rover, Jaguar, Aston Martin, Bentley, MG, Lotus, and brands the SMMT refers to as “Other British” totalled 19,703 in September. That’s 5.9% of the UK new vehicle market, a figure Hyundai/Kia can better. However, those same British brands only owned just 0.77% of the U.S. new vehicle market. The Union Jack still inspires some automotive loyalty.

The September 2011 table listing all automobile brands competing for sales in the United Kingdom is below. Scroll down a little more for the market share chart.