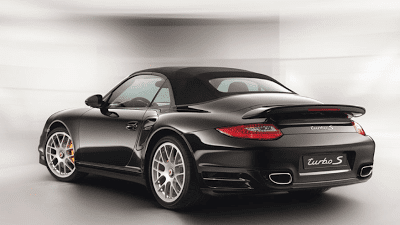 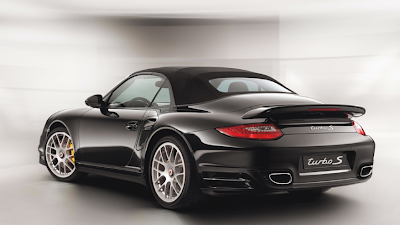 But which versions of the 911 manage to sell best in a country where the most popular car has a base price of $14,990 and the best-selling luxury car starts at $37,650? After all, one would assume the 911’s $189,400 price range would have the majority of Canadian 911 buyers gravitating toward the lesser models.

As in November when GoodCarBadCar.net first published a Graph like this, the basic 911 Carrera went unsold in Canada in February 2011. The most popular 911 was the 911 Carrera S, basically your everyday 911 with an extra 40 horsepower and another $14,800 on the pricing manifesto. Porsche.ca currently lists 22 911 variants for sale in Canada. The Carrera S, representing 4.5% of those models, formed 27.3% of all 911 sales in Canada in February. 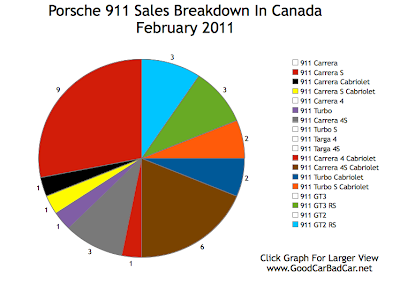 In other Porsche sales news, the most popular Boxster/Cayman in February was the base Boxster, five of which were sold. Porsche Canada sold 8 Cayenne Turbos and 10 Cayenne S Hybrids. No base Panameras were sold in February but 3 Panamera Turbos did find homes, taking 2011’s Panamera Turbo total to 7, down from 10 in the first two months of 2010.