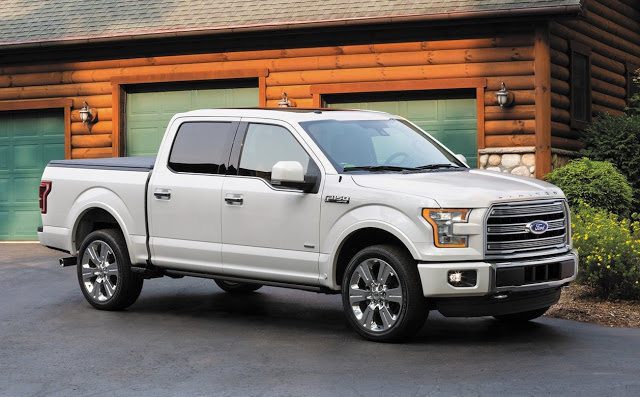 The American auto industry reported a 6% decline in new vehicle sales in October 2016, the  third consecutive month in which American consumers, businesses, and governments purchased and leased fewer new vehicles than in the same period one year earlier.

Although sales of the Ford F-Series actually grew – albeit modestly – the industry lost more than 86,000 sales and is now behind last year’s ten-month pace by more than 27,000 units.

Passenger car volume is down by more than 9% this year, but the losses accrued by the traditional family sedan (and its low-slung cohorts) has almost completely been counteracted by growth among pickup trucks (up 6%), minivans (up 12%), commercial vans (up 13%), and SUVs/crossovers (up 7%).

Reminder: these are 2016 year-to-date rankings, but you can sort vehicles by October volume by clicking the October 2016 column header, or you can rank vehicles by improvements or declines using the % columns. Or, most importantly, you can list automakers together by selecting the Vehicle column header.

Source: Automakers & ANDC & WSJ
* Italicized, asterisked, unranked lines are nothing more than available breakdowns, already included in the model’s total, not in addition to the model’s total.
² Total Prius Family sales: down 46.5% to 8132 in October; down 27.7% to 113,690 YTD.
³ Hyundai USA combines sales of the Genesis and Genesis Coupe. Mercedes-Benz USA, not GCBC, is also intermittently combining E-Class and CLS-Class sales figures.
° Overall market figure is a combination of all reported sales figures and HybridCars.com  estimate for Tesla.
` FCA figures in this space include Alfa Romeo, Chrysler, Dodge, Ferrari, Fiat, Jeep, Maserati, and Ram.
† Tesla figures are estimates from HybridCars.com.
Sales data for brands such as Aston Martin, Ferrari, Lamborghini, Lotus, Rolls-Royce etc. are unfortunately not broken down by model. estimates say sales for Aston Martin and Lotus in 2016’s first ten months were 860 and 140 units, respectively.
Tesla, unfortunately, doesn’t release model-specific monthly U.S. sales data, but we source estimates from HybridCars.com and The Wall Street Journal.
HybridCars.com Model S sales estimate: down 42.9% to 1200 in October; up 42.7% to 22,056 YTD.
HybridCars.com Model X estimate: up 9900% to 1000 in October; up 83,200% to 13,328 YTD.
WSJ Model S estimate: up 4.5% to 2300 in October; up 25.4% to 21,750 YTD.
WSJ Model X estimate: 1800 in October; 9250 YTD.