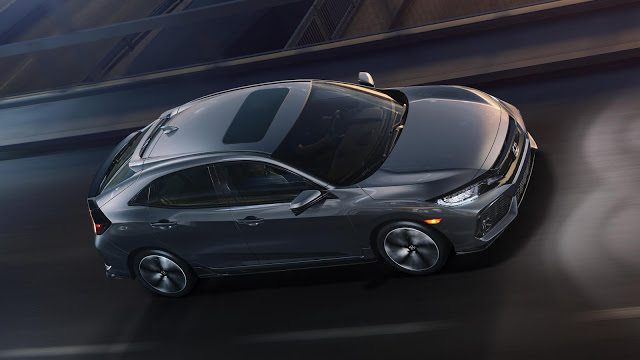 The Honda Civic will end 2016 as Canada’s best-selling car.

2016 will be the 19th consecutive year of sales leadership in the passenger car sector for Honda’s most popular car. Already, in ten months, Honda Canada has sold 56,783 new Civics this year, almost certainly more sales than the Civic’s passenger car rivals will manage in the whole calendar year. This grants the Civic a victory even if Honda had to stop selling Civics today.

But the Civic continues apace, reporting 2% year-over-year growth in October 2016 despite a 9% drop in the passenger car market.

Honda, boosted by the arrival of the Civic hatchback, posted a 1% brand-wide increase in October even as industry-wide sales slid 5%, the fourth consecutive month of decline. Car sales at Honda, however, are nevertheless down 2% this year, a year in which passenger car volume has fallen 8%.

Reminder: these are 2016 year-to-date rankings, but you can sort cars by October 2016 volume by clicking the October 2016 column header, or you can rank them by improvements or declines using the % columns.

Source: Automakers & Global Automakers Of Canada & ANDC
* Italicized unranked lines are nothing more than available breakdowns, already included in the model’s total, not in addition to the model’s total.
² Total Prius Family sales: down 14.9% to 515 in October; up 55.3% to 6564 YTD.
† Mini Cooper includes sales of the Hardtop, Convertible, Clubman, Coupe, Roadster, and Paceman.
‡ Total Genesis sales: down 41.7% to 88 in October; down 15.4% to 1831 YTD.
¤ Automakers release sales figures for the E-Class and CLS-Class and the Passat and CC together.
º Audi’s A4 sales data includes sales of the Allroad.
Sales data for brands such as Ferrari, Lamborghini, and Rolls-Royce are unfortunately not broken down by model. estimates say sales for those brands in 2016’s first ten months were 180, 145, and 70 units, respectively. It is believed that Tesla sold 1821 new vehicles during the first nine months of 2016.