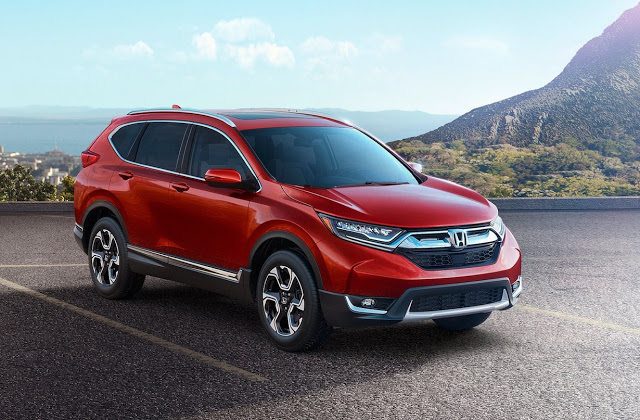 The Honda CR-V was Canada’s best-selling utility vehicle in October 2016. The CR-V’s 21% surge occurred during the same month in which Honda quietly debuted an all-new CR-V, pictured above, for the 2017 model year. The Toyota RAV4, Canada’s leading utility so far this year, finished the month 217 sales behind the CR-V but 4128 sales ahead on year-to-date terms.

After a fire at Ford MoCo’s HQ delayed Ford’s report, we now know the Escape was Canada’s third-ranked utility vehicle in October. The Edge and Explorer ranked 10th and 11th.

Though a trio of premium brand products made their way onto the list of Canada’s 20 best-selling cars in October, premium brands were held off of this SUV/crossover list.

The biggest gain was reported by the 17th-ranked Kia Sportage.

The sharpest decline belnged to the Honda HR-V, sales of which fell 39%, year-over-year. The HR-V maintained its position as Canada’s top-selling subcompact crossover, nevertheless.

Historical monthly and yearly sales figures for any of these best-selling SUVs and crossovers can always be accessed through the dropdown menu at GCBC’s Sales Stats page, and for those not viewing the mobile version of this site, near the top right of this page, as well. Mobile users can now thumb across the table for full-width access. GoodCarBadCar has already published the list of Canada’s best-selling trucks in October and will shortly publish a list of Canada’s most popular cars.