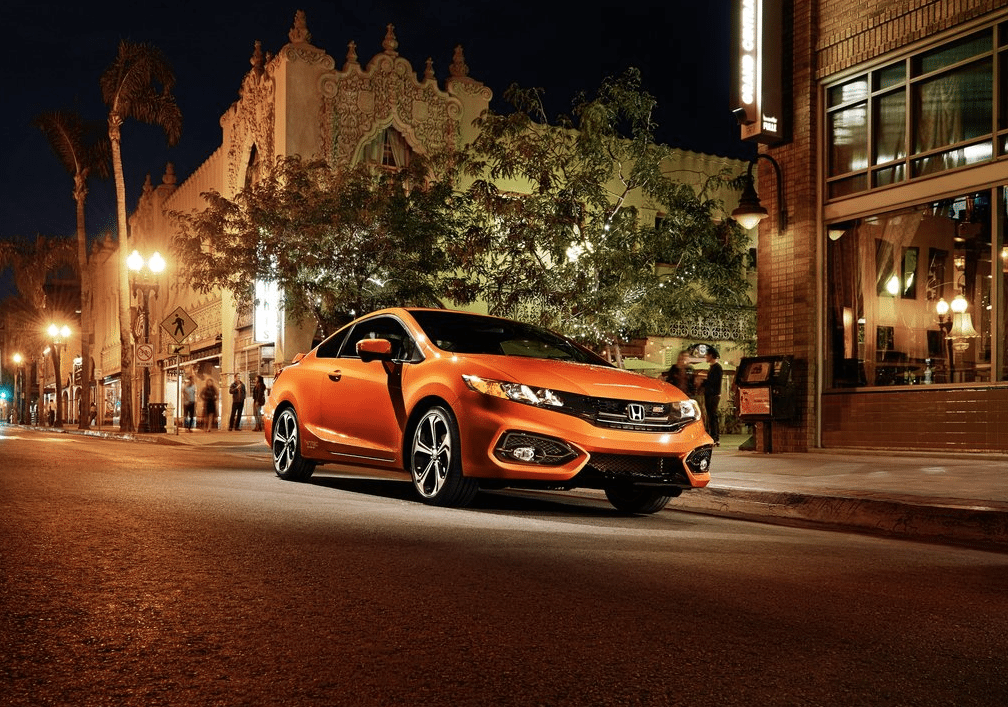 The Honda Civic has absolutely locked up the race to end 2014 as Canada’s best-selling car. This will be the Civic’s 17th consecutive year on top of the leaderboard. The Civic, down 14% in October but up 5% this year, led its closest October challenger by 1850 units, a 45% gap.

The Civic’s bigger brother, Honda’s Accord, is tightening the gap with Ford’s Fusion to end 2014 as Canada’s top-selling midsize car. Neither has been the leader on a monthly basis in some time. The Chrysler 200 led all midsize cars in October after a three-month streak in which the Hyundai Sonata finished on top. America’s best-selling car overall, the Toyota Camry, is Canada’s third-ranked midsize car but the country’s 11th best seller when all categories are taken into account.

The Civic’s little brother, meanwhile, recorded a 60% year-over-year increase in October to end the month as Canada’s 11th-best-selling car. Year-to-date, however, the Fit sits in 19th place. Its top-selling rival, the Hyundai Accent, is Canada’s seventh-best-selling car overall, and three subcompacts – the Accent, Rio, and Versa – have outsold the Fit in 2014.

No auto brand competing in Canada sells more cars than Honda, though the full Toyota portfolio, Lexus and Scion included, outsells Honda and Acura, and Hyundai and Kia combine to outsell both. But in a stagnant and often declining car market, Honda car sales are up 6% this year despite the loss of the Insight, an 18% decline in Crosstour sales, and a slight Accord decrease, too.

Reminder: these are 2014 year-to-date rankings, but you can sort cars by October volume by clicking the October 2014 column header, or you can rank them by improvements or declines using the % columns. Or, most importantly, you can list automakers together by selecting the Car column header. At any time, click the Rank column to return to the original format. If you’re on a mobile device, you may need to choose the full version of the site (at the bottom of the page) in order to use the sortable function.

Source: Automakers & ANDC
* Italicized unranked lines are nothing more than available breakdowns, already included in the model’s total, not in addition to the model’s total.
² Total Prius Family sales: up 6.2% to 634 in October; down 13.5% to 6091 YTD.
† Mini Cooper includes sales of the Hardtop, Convertible, Clubman, Coupe, Roadster, and Paceman.
‡ Total Genesis sales: up 16.7% to 222 in October; up 6.2% to 2736 YTD.
¤ Automakers release sales figures for the E-Class and CLS-Class together, S-Class and CL-Class together, RL and RLX together, Passat and CC together, S60 and V60 together.
º Audi’s A4 sales data includes sales of the Allroad.
Sales data for brands such as Bentley, Ferrari, Lamborghini, and Rolls-Royce are unfortunately not broken down by model. estimates say sales for those brands during the first ten months of 2014 were 118, 173, 94, and 63, respectively. Total Maserati volume is reported, but not by specific models. It is believed that Tesla sold 194 copies of their Model S back in September 2014 (and 661 YTD), but Tesla doesn’t issue monthly sales reports. The estimate for Tesla August sales in Canada was 50 units.