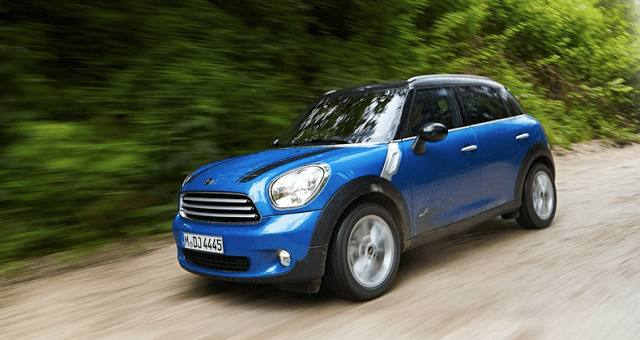 57% of the SUVs and crossovers sold in Canada this year, and 56% of October’s SUV/CUV output, are represented in the first table you’ll see below. They account for little more than two out of every ten available utility vehicle nameplates.

This shows the force these vehicles have, but a closer look reveals that they were actually more dominant a year ago. Last October, these small utilities produced 60% of Canada’s SUV/CUV sales; 59% through the first ten months of 2012.

In other words, the growth among small crossovers hasn’t been quite as substantial as the growth among luxury utilities or the growth among the smallest, most car-like crossovers. The Buick Encore and Chevrolet Trax twins brought an additional 1072 sales to October’s SUV/CUV ledger, and they were aided by big increases from the Mini Countryman, Mitsubishi RVR, and Subaru XV Crosstrek, plus an 11% jump in Nissan Juke sales.

You can click any model name in the tables below to find historical monthly and yearly Canadian auto sales data. You can also select a make and model at GCBC’s Sales Stats page. These tables are now sortable, so you can rank small SUVs and crossovers any which way you like. Suggestions on how GCBC should break down segments can be passed on through the Contact page. You’ll notice that the + icon has been removed from year-over-year increases, but you can still identify year-over-year declines with the – symbol and red font.

Source: Automakers & ANDC
* indicates a vehicle which is also shown in another GCBC segment breakdown
^ not including 311 Santa Fe XL sales (in October) and 2602 (YTD) which are shown exclusively in the midsize SUV category.
GCBC isn’t here to break down segments, an impossible task for any group, but to display sales data for the sake of comparison. The more ways sales data can be displayed, the better, right? This explains why you’ll see the Santa Fe and Sorento listed with midsize SUVs – they’re stuck in between in terms of size – as well as vehicles like the Wrangler and Xterra listed both here and there. The Buick Encore and Subaru XV Crosstrek and their gang are also listed with mainstream cars, because they’re sitting on a fence between SUVs and traditional passenger cars. You can always find the sales results for EVERY vehicle and form your own competitive sets by using the All Vehicle Rankings posts.