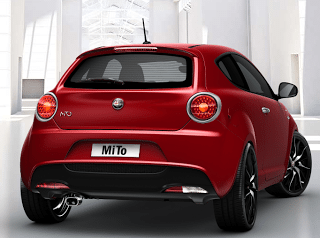 The SMMT says the UK auto industry recorded a 12% improvement in new vehicle sales in October 2012. Ford, Vauxhall, Audi, Nissan, Hyundai, Citroen, Kia, Skoda, Mini, and Fiat were the major brands which posted above-average year-over-year sales improvements. Through the first ten months of 2012, the UK market is up 5%. Twelve of the 15 leading brands have grown at a rate better than the overall industry.

If many of the UK’s top brands are selling so much better than they were last year, why has growth been moderate? For one thing, at Vauxhall, the United Kingdom’s second-ranked brand, sales have fallen by 6400 units. But lower-volume mainstream brands like Renault and Mazda, as well as semi-premium players like Volvo and Alfa Romeo, have been a real drag on the overall market’s growth.

The shrinking Renault lineup has generated a 26,059-unit decline. Mazda is down by 4302 sales. Volvo’s 866-unit drop wasn’t quite as meaningful but has still brought the Swedes down by 3.1%. Alfa’s 3624-unit is dreadful for a brand which only sold 10,266 cars in the first ten months of 2011, but Alfa has very little with which to compete.

GoodCarBadCar has already published a list of October’s 10 best-selling cars in the United Kingdom. Two-thirds of the Fords sold in the UK last month were Fiestas and Foci. Two-thirds of the Vauxhalls sold were Corsas and Astras. 52% of the Volkswagens sold were Golfs and Polos. And 72% of the BMWs sold were of the 3-Series and 1-Series variety. And the Qashqai represents half of all Nissan UK sales in October.

Brand rankings are in the table below. Click the market share chart for a larger view; it offers a different look at the industry, one which shows the VW Group collecting one out of every five UK new vehicle sales in October.