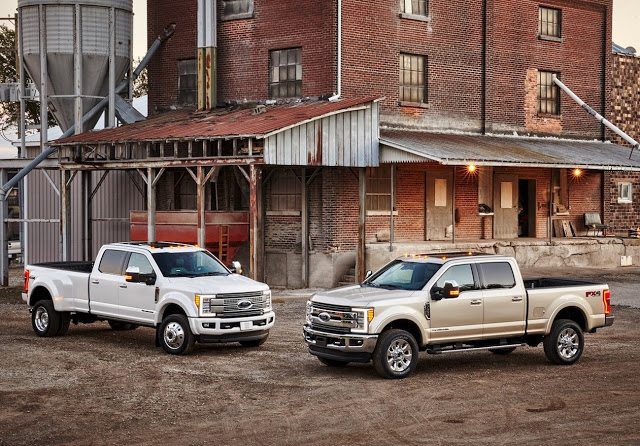 After three consecutive months of decline in which the U.S. auto industry reported 159,000 fewer sales in 2016 than during the same stretch one year earlier, November 2016 auto sales grew by 48,000 units to a record-high November result of 1.38 million sales.

Pickup trucks weren’t the only growth market, but the growth achieved by the whole pickup truck category in November was significant. The 13% gain far outpaced the industry as a whole, with pickups accounting for 25,000 of the industry’s additional volume.

‘;
document.getElementById(“vinads_div”).innerHTML = lfAd;
}
});
But other sectors grew, as well. SUVs/crossovers, with continued improvement from the November-leading Toyota RAV4, rose 11%. Minivan sales decreased, however, as did commercial vans. Car volume was down 4% after falling 10% in the first ten months of 2016.

The Ford F-Series has secured its position as America’s best-selling truck and best-selling vehicle overall in 2016. It also seems unlikely that General Motors’ full-size twins will combine to outsell the F-Series as they did in 2015.

The Toyota Camry stands as America’s best-selling car, a position it has held since 2002.

Unless the RAV4 surges in December and the transitioning Honda CR-V stumbles, the Honda is destined for a fifth consecutive year as America’s top-selling utility vehicle.

The Dodge Grand Caravan is currently 4369 sales ahead of the Toyota Sienna, 2015’s top-selling minivan. The Sienna outsold the Dodge by 2557 units in November.

The table below is completely sortable, so when you click the column header to sort by vehicle names to showcase all Subarus together, for example, you’ll also see the Subaru brand’s total.

Reminder: these are 2016 year-to-date rankings, but you can sort vehicles by November volume by clicking the November 2016 column header, or you can rank vehicles by improvements or declines using the % columns. Or, most importantly, you can list automakers together by selecting the Vehicle column header.

Source: Automakers & ANDC & WSJ
* Italicized, asterisked, unranked lines are nothing more than available breakdowns, already included in the model’s total, not in addition to the model’s total.
² Total Prius Family sales: down 16.5% to 10,495 in November; down 26.8% to 124,185 YTD.
³ Hyundai USA combines sales of the Genesis and Genesis Coupe. Mercedes-Benz USA, not GCBC, is also intermittently combining E-Class and CLS-Class sales figures.
° Overall market figure is a combination of all reported sales figures and HybridCars.com  estimate for Tesla.
‡ Toyota and Scion
` FCA figures in this space include Alfa Romeo, Chrysler, Dodge, Ferrari, Fiat, Jeep, Maserati, and Ram.
† Tesla figures are estimates from HybridCars.com.
Sales data for brands such as Aston Martin, Ferrari, Lamborghini, Lotus, Rolls-Royce etc. are unfortunately not broken down by model. estimates say sales for Aston Martin and Lotus in 2016’s first 11 months were 946 and 154  units, respectively.
Tesla, unfortunately, doesn’t release model-specific monthly U.S. sales data, but we source estimates from HybridCars.com and The Wall Street Journal.
HybridCars.com Model S sales estimate: down 41.9% to 1800 in November; up 4.2% to 23,856 YTD.
HybridCars.com Model X estimate: up 9233% to 1400 in November; up 2150% to 14,728 YTD.
WSJ Model S estimate: down 20.8% to 2375 in November; up 18.6% to 24,125 YTD.
WSJ Model X estimate: 2000 in November; 11,250 YTD.