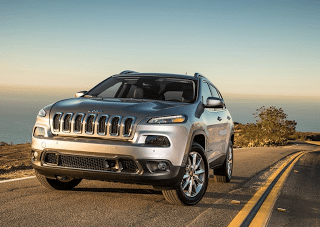 A healthy month for the U.S. auto industry in November 2013 was expected to be fuelled by a surge in Black Friday luxury car sales and by, as we’ve consistently heard, pent-up demand. Automakers have certainly anticipated greater sales, as there are more new vehicles built and waiting to be sold than at any time since 2005.

America’s new car market traditionally tails off in November before building up for a December push, but November sales last year were actually 5% stronger than the industry’s October output. In 2010 and 2011, November volume fell 8% and 3%, respectively, compared with the prior month.

The month’s sharpest decline – and there were really only six – was reported by Volvo, which is anxiously awaiting the arrival of the V60 wagon. Fiat and Mini were both down sharply. Scion’s 11% drop was only slightly less notable. Volkswagen’s 16% drop equalled the greatest volume loss. Truck sales shot up 14%. Even minivan sales rose 8%.


Don’t like to see automakers arranged alphabetically? Click column headers to sort automakers by November ranking, November 2013 sales, year-over-year change, or any other order. Best seller lists for cars, trucks, and SUVs will be added later this afternoon. In the coming days, GCBC will also publish a complete list of YTD/November sales for every single vehicle line, a list which includes brand results. To find out what you can expect, you can see October’s version of that post here.You can always find historical monthly and yearly sales figures for any brand by clicking the brand name in the table below or by selecting a make (or model) at GCBC’s Sales Stats page. The + icon has been removed from year-over-year improvements. Look instead for red font to designate year-over-year declines.

Click column headers to sort by specific categories. Using the mobile version of GoodCarBadCar? Switch to the web version at the bottom of the page, at which point columns should be sortable.
November 2014 – December 2013 – October 2013 – November 2012
Updated at 4:20 PM AT on 12.03.2013

The Chrysler Group’s best-selling brand in November was Jeep, which generated more than 10,000 extra sales compared with November 2012. How? Jeep sold 10,169 Cherokees in the nameplate’s first full month since its return. Chrysler Group car sales slid 7% in November.

Hyundai’s 5% year-over-year November 2013 improvement produced the brand’s highest-ever sales for the month, as the Santa Fe and Accent both reported gains above 40%.

The Ford Motor Company’s 7% November gain owes a portion of its improvement – 995 extra units – to the Lincoln brand. Ford brand car sales rose 4%, utilities fell 2%, and the F-Series was up 16%.

Volkswagen reported a dreadful 16% drop in sales, equal to 6000 lost sales, as every model save for the Beetle Convertible and Golf GTI slid. The VW Group’s premium Audi brand generated 52% of its November volume with the A4 and Q5 lineups, up from 50% a year ago. Little tiny (Toyota-related) Subaru has sold 10,822 more vehicles than big ol’ Volkswagen this year and outsold the declining VW brand by nearly 6000 units in November alone. Porsche’s November results included a very strong month for the 911, in which it sold 136% more often than the Boxster and Cayman combined.

General Motors, which in sales terms is America’s leading manufacturer of automobiles, posted a 14% volume gain across its four brands in November. At Chevrolet, 13 different nameplates reported year-over-year improvements, led by the Corvette’s 129% jump.

Kia reported just its sixth year-over-year improvement of 2013 thanks to strong Soul sales which rose by 5613 units. Mazda’s weak November came about because of, well, most vehicles falling: 2, 3, 5, MX-5, and CX-9 sales all slid; in most cases rather sharply. Mitsubishi generated 57% of its sales with the Outlander and Outlander Sport. The Camry, Corolla, and Prius lineups accounted for just under four out of every ten new vehicles sold by Toyota, Scion, and Lexus.

BMW sold 18,208 3, 4, and 5-Series cars in November, an increase of 9.5% in their core model’s sales compared with November 2012. Mini sales tumbled 13% last month. Speaking of 13% drops, Honda’s 2% decline came as Civic sales slid 13%. Honda’s Acura division rose 19% despite harsh declines from the TL, TSX, and ILX. Let’s say Volvo USA already had the V60 to sell and sold 600 V60 wagons in November: Volvo’s output still would have been down 21% last month. Mercedes-Benz found one-third of its non-Sprinter volume with its two entry-level models, the CLA and C-Class. Mercedes-Benz also sold an astonishing 8614 E-Class sedans, wagons, coupes, and convertibles.