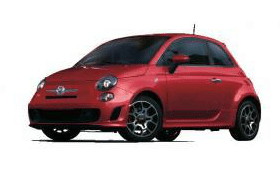 From October’s ranking of 259th, the Mercedes-Benz B-Class shot up 26 spots to 233rd in these November 2012 year-to-date rankings of every vehicle sold in Canada. The B-Class remains 99,202 sales behind the Ford F-Series, but its November 2012 rise up the standings was unparalleled.

Cadillac’s ATS climbed ten spots. The Dodge Dart shot up 13 spots from 127th to 114th. Other big gains were made by the Subaru XV Crosstrek (+14), Chevrolet Spark (+8), and the Nissan’s Pathfinder climb up 16 rungs from 139th to 123rd. Is to too early to say the new Pathfinder is a hit? Yes. But November sure was successful, both north and south of the border.

Apart from the major changes listed above, most vehicles held steady or barely moved. In fact, from the end of October to the end of November, the 28 best-selling vehicles in Canada did nothing more than add sales to their tallies. The Kia Sorento and Kia Rio switched places in 29th and 30th, the GMC Terrain moved ahead of the Ford Fiesta in the 36th line, and there was some chair shuffling between the Mazda CX-5 and three Toyotas.

Still firmly ensconced in the top spot is the Ford F-Series. Since you last saw Canadian year-to-date rankings, the F-Series expanded its lead over the Ram Pickup by 1921 sales. The Ford’s lead with one month remaining stands at 35,176 sales. Nothing’s going to change here. For the 1424th consecutive year, the Ford F-Series is Canada’s best-selling vehicle, this time in 2012. Just as it was back in 588 A.D. Allegedly, it was a sought after military vehicle in the Perso-Turkic war.

The eclectic mix of cars from positions 112 to 130 makes for interesting reading. It’s perfectly understandable – but nonetheless humorous –  that there are approximately the same number of Canadians want a smart fortwo as there are who want a Cadillac CTS. One thing’s for sure, we do have options.

Historical monthly and yearly sales figures for any vehicle currently on sale can be accessed through the dropdown menu at GCBC’s Sales Stats home. For non-mobile users, you’ll find that dropdown at the top right of this page, as well. Use it to select a specific model, a brand, a manufacturer, or to see the size of the total new vehicle market in any given month or year. Hundreds of best seller lists are available for your perusal at the Best Sellers page. And you’re encouraged to check out the U.S. version of this post, too.

Don’t forget to use your Command+F or Cntrl+F functions to search for a specific model. Otherwise you’ll burn your eyes out if you scan the whole list looking for the Saab 9-5. It’s a long way down. Throughout the next couple of weeks U.S. and Canadian auto sales will be broken down by vehicle category. In early January, you’ll find year end numbers in a post just like this one.

For now, this All Vehicle Rankings post is all yours. Here you’ll find out not just how many GMC Sierras were sold in Canada during the first eleven months of 2012, but how many of them were regular cabs. (Hint: not very many.) After skipping past the top 30, you’ll discover how many new Fiat 500 Turbos have been sold in Canada, how many Yaris sedans, how many Genesis Coupes, and how many Avalanche-based Cadillac Escalade EXTs found homes. If you want numbers, and if you want them in order, ordered numbers you shall have.

Source: Manufacturers & ANDC
Red font indicates year-over-year declining sales
Italicized unranked lines are nothing more than available breakdowns, already included in the model’s total, not in addition to the model’s total. Sales data for brands such as Ferrari, Lamborghini, and Maybach. estimates say sales for those brands through November totalled 209, 117, and 4, respectively. Total Maserati and Bentley volume is reported, but not by specific models.
* = combined Prius, Prius C, Prius V, and Prius Plug-In sales were 9427 through November.
^ = combined Genesis & Genesis Coupe sales were 2873 through November.
^^ = applies to all hardtop 500s aside from the 500T.