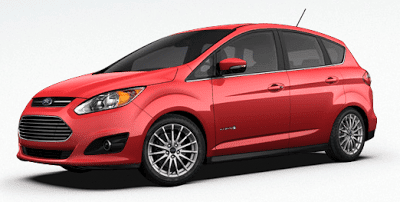 There is yet more data to come relating to hybrids and diesel and electric powertrains (some of which has already been added). For now, every ounce of available information supplied by the manufacturers as it relates to these 265 vehicles has been posted in the table below.

This is where you’ll see that 2.4% of all the Honda Civics sold in 2012 have been hybrids; that 13.8% of all the Volkswagen Jettas sold have been SportWagens; that 16.1% of all Subaru Impreza sales are of the WRX variety; that the Allroad accounts for 7.7% of Audi A4 sales; that Mitsubishi managed to find 449 Eclipse Spyder buyers in the first eleven months of 2012; and that more than out of every ten Ford Taurus sales ends up as a Police Interceptor.

But there’s much more to this list than bodystyle breakdowns. In 241st spot, the Mercedes-Benz SLS AMG is just eleven sales ahead of the Audi R8. Despite the praise heaped upon modern subcompacts and their increasing popularity, the highest-ranked car in the class is only America’s 40th-best-selling vehicle. Yes, five pickup trucks sell more often than the most popular subcompact. Not to mention the sub-subcompacts, often referred to as city cars. The Chevrolet Spark sits in 165th, the smart fortwo ranks 176th, and the Scion iQ is in 181st. Throw the Mini Cooper and Fiat 500 in that group and city cars still don’t rank any better than 85th and 86th, respectively. Yes, the 500, with two bodystyles, is now just 814 sales behind the Mini, a five-strong product line.

The biggest moves up from their October rankings were completed by the Cadillac ATS (+14), Subaru XV Crosstrek (+12), BMW X1 (+11), Dodge Dart (+10), Cadillac XTS (+6), and the Chevrolet Spark (+6). Oh, and don’t forget the Ford C-Max, which ranked 210th through ten months (having only been on sale at that point for two months) but ended November as the 177th-best-selling vehicle in America. That’s a jump of 33 positions, a jump enabled by the C-Max’s 4848-unit November.

Detailed monthly and yearly sales sales figures for each and every currently-sold automobile can be accessed through GCBC’s Sales Stats page. It’s a free service. You’re welcome.

Monthly best seller posts are always updated as soon as possible – links to those posts are available at the Best Sellers page.

You’ll find other key links at The Tally, where all sorts of things are… tallied.

And we’re less than three weeks away from the reveal of 2013’s The Good 12 and The Bad 8. GCBC Awards have nothing to do with sales, but you’ll find out more about the author’s automotive tastes.

For now, you can click past the top 30 or start perusing this lengthy list at the very top. Every vehicle is ranked by year-to-date U.S. sales volume. Use your Command+F or Cntrl+F function to search for a specific model. As soon as GoodCarBadCar has access to date for vehicles like the Camry Hybrid and Jetta TDI, such numbers will be added.

Source: Manufacturers & ANDC
Red font indicates year-over-year declining sales
Italicized unranked lines are nothing more than available breakdowns, already included in the model’s total, not in addition to the model’s total. Sales data for brands such as Aston Martin, Ferrari, Lamborghini, Lotus, Maybach, Rolls-Royce etc. are unfortunately not broken down by model. estimates say sales for those brands through November were 748, 1650, 440, 221, 42, and 352, respectively. HybridCars.com estimates that Tesla Model S sales totalled 1500 units through eleven months. Total Maserati and Bentley volume is reported, but not by specific models.
* = unconfirmed by manufacturer’s monthly report