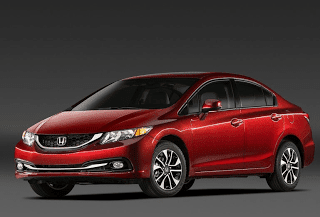 Automakers began reporting their November 2012 U.S. sales results early this morning. We were expecting to see strong increases reported by the majority of automakers, enough to lead to overall industry growth of about 12.5%. Instead, the growth reported by big brands like Ford, Toyota, Honda, Nissan, Hyundai, Kia, Dodge, and Volkswagen was enough to generate even greater year-over-year growth.

The Chrysler Group recorded a 14% gain despite declining Jeep sales and slow-growing Chrysler volume. Sales at Hyundai jumped 8%. This was Hyundai’s best November ever and the Chrysler Group’s best since 2007. Ford Motor Company sales were up 6.4% in November 2012. GM sales nudged up slightly; Toyota posted a corporate increase of 17%.

No brand reported a better year-over-year improvement than Fiat, although Porsche and smart’s percentage increases were huge. Among mainstream brands, Subaru’s 60% jump was most meaningful. BMW was up 45%. Volkswagen’s 29% jump was anticipated. Dodge broke the 30% barrier; Honda sales shot up 41%.

Among luxury brands, Mercedes-Benz outsold BMW with help from the Sprinter van. Without it, BMW outsold Benz by 898 units.

Model-specific sales data is searchable through the dropdown menu at GCBC’s Sales Stats home, or for non-mobile users, near the top right of this page. GoodCarBadCar will be updating this post throughout the day as each manufacturer reports U.S. sales data; a Canadian edition will be published soon, as well.

Source: Automakers & ANDC
* VW Group sales do not include Lamborghini