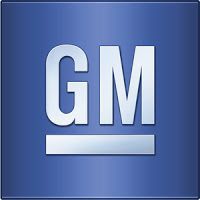 Ford was still the best-selling brand in America last month, but the company’s share of the market dropped from March’s 17% to 16.3% in April. The Chrysler Group’s market share improved to 10.1% from 9.8%. Hyundai/Kia moved up nearly one full percentage point. Honda improved slightly. Toyota declined slightly. BMW was helped by big Mini improvements but was only able to gain one-tenth of a percentage point as passenger car sales at BMW fell 3.5% year-over-year.

GoodCarBadCar.net’s market share chart displays all major automakers competing in the USA in April 2011 below. 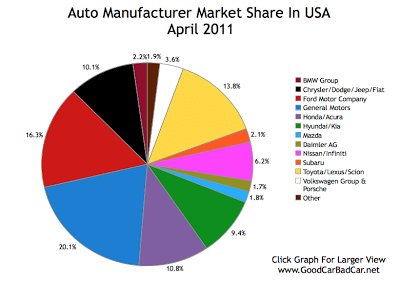