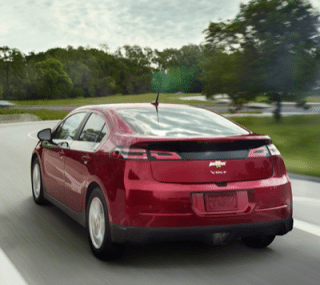 GoodCarBadCar.net began publishing auto sales figures in a new way late in 2011. By selecting a make and model, readers can find Canadian and U.S. sales figures for any currently marketed car (and many which have now expired) by utilizing the dropdown menu at the top right of this page or, more often than not, at the Sales Stats home.

Not surprisingly, this has proven to be a popular feature. Finding historical monthly and yearly sales figures for any vehicle in one place – which is updated at the beginning of each month – has been a blessing to auto writers and the auto-enthused.

Compared with 2011, traffic at GoodCarBadCar.net is up between 35% and 44% in 2012, depending on how you measure it, and readers are hanging around 13% longer than they did in 2011 and looking at 7% more pages per visit than they did last year. Let me take this opportunity to thank all of you.

What might surprise you is the vehicles which readers find most interesting. So I’ve compiled this list of the ten most frequently perused models. Perhaps this will change dramatically in 2013: we’ve recently added pages which make it possible to find sales figures for corporations like General Motors and the BMW Group, brands such as Scion or Ford, and the total market size in the United States, Canada, and the United Kingdom.

That said, in 2012, these ten vehicles were the most selected.

#10 – Nissan Leaf
Although it only accounts for 0.058% of the vehicles sold in the U.S. and Canada this year, the Leaf’s sales figures are scanned more often than those of approximately 320 other makes and models.

#9 – Ford F-Series
The best-selling vehicle in North America generated record Canadian sales figures in 2012 before December had even been taken into account. Never before has any vehicle line sold more than 100,000 copies in a calendar year in Canada, but the F-Series did just that in early December.

#8 – Mini Cooper
In Canada, the sales figures for non-Countryman Minis are grouped under the Cooper/Cooper S heading. In the Mini Cooper Sales Figures post, the same thing is done with U.S. data. But if you want to see an American breakdown of Hardtop, Clubman, Convertible, Coupe, and Roadster numbers, follow the chart GoodCarBadCar provides each month.

#7 – Honda CR-V
The best-selling utility vehicle in America ranks second in Canada and plays a major role in Honda showrooms. The three top-selling Hondas are three of the ten cars on this list. Together, they account for nearly three-quarters of all Honda brand sales in the United States.

#6 – BMW 3-Series
North America’s most popular premium brand automobile is soon to be in the midst of a model changeover that should have a significant impact on sales figures. Not that the BMW brand will be affected, but when the coupe and convertible 3er switch to 4-Series nomenclature, 3-Series numbers will likely fall. At least we’ll know more than we do now.

#4 – Honda Civic
Far and away Canada’s best-selling car, the Civic is capable of periodically outselling the top midsize sedans in America, as well.

#3 – Honda Accord
Sales of the Accord have recently spiked as Honda released the ninth-generation version of the company’s venerable midsize sedan and coupe. Expect a much tighter race between the Accord and Toyota Camry for best-selling car status in America in 2013.

#1 – Chevrolet Volt
Not unlike the car in tenth spot, the Volt attracts attention, divides opinion, and has a devoted fan base. Volt owners and fans love to know how many were sold in each of its on-sale months and find it frustrating when the numbers aren’t updated at 12:01 AM on the first of every month.