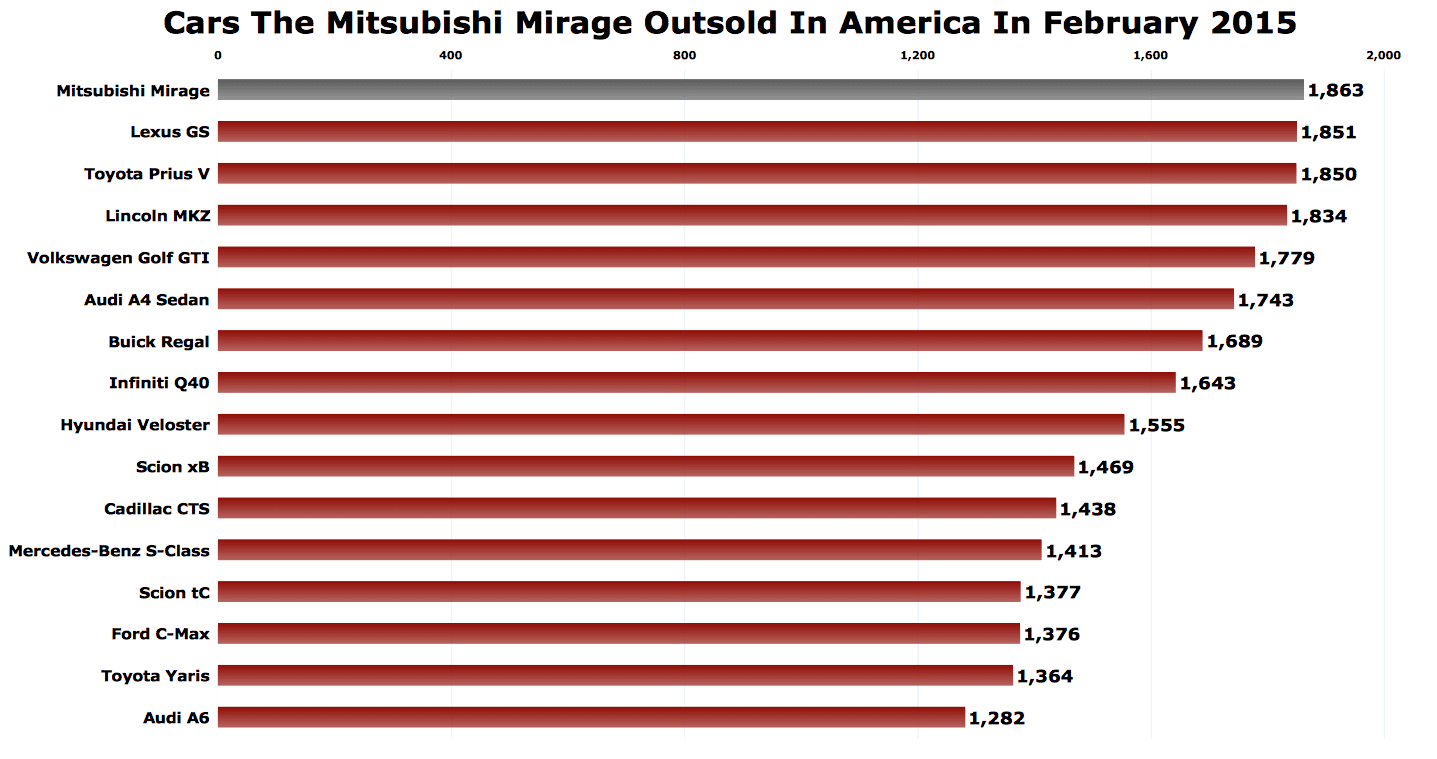 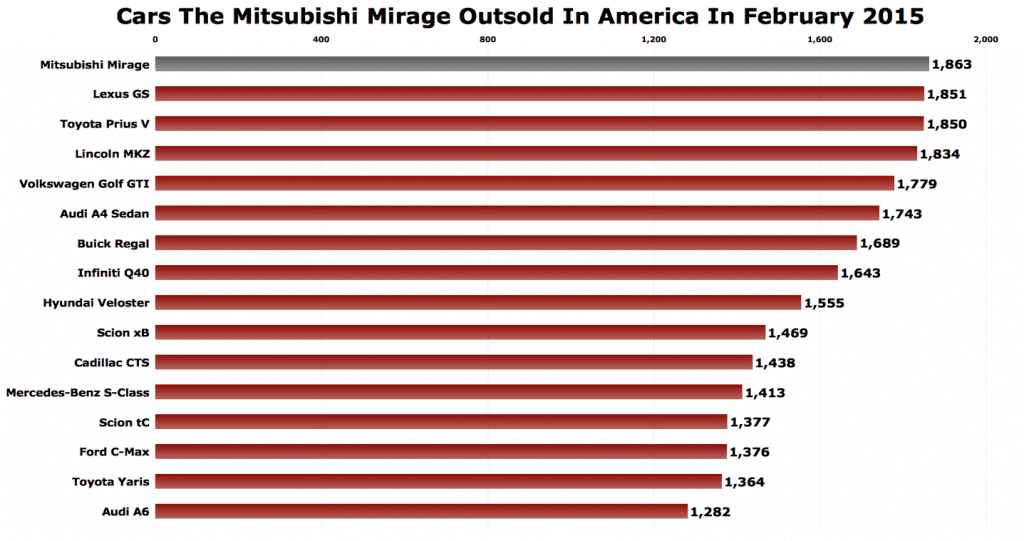 The Mirage is a penalty box in the classic sense of the automotive term – in genuine penalty boxes you’re forced to sit beside a guy who takes notes like a secretive therapist while a camera looks up your nostrils.

But by the relative standards of Mitsubishi’s current U.S. status as a low-volume mainstream automaker in a high-volume market, the Mirage is a hit. And by, “a hit,” we mean it does ok. By Mitsubishi’s standards and our expectations for an 74-horsepower subcompact.

North of the border, the Mk6 Mirage, a replacement for the Colt in much of the world and a new entry-level car for Mitsubishi in our corner of the world, got off to a decent start. But then the Nissan Micra arrived and Mitsubishi’s average monthly Mirage total fell 36% from 377 units in the first eight months of 2014 to 241 since then, with February marking the second-lowest full month total since launch. 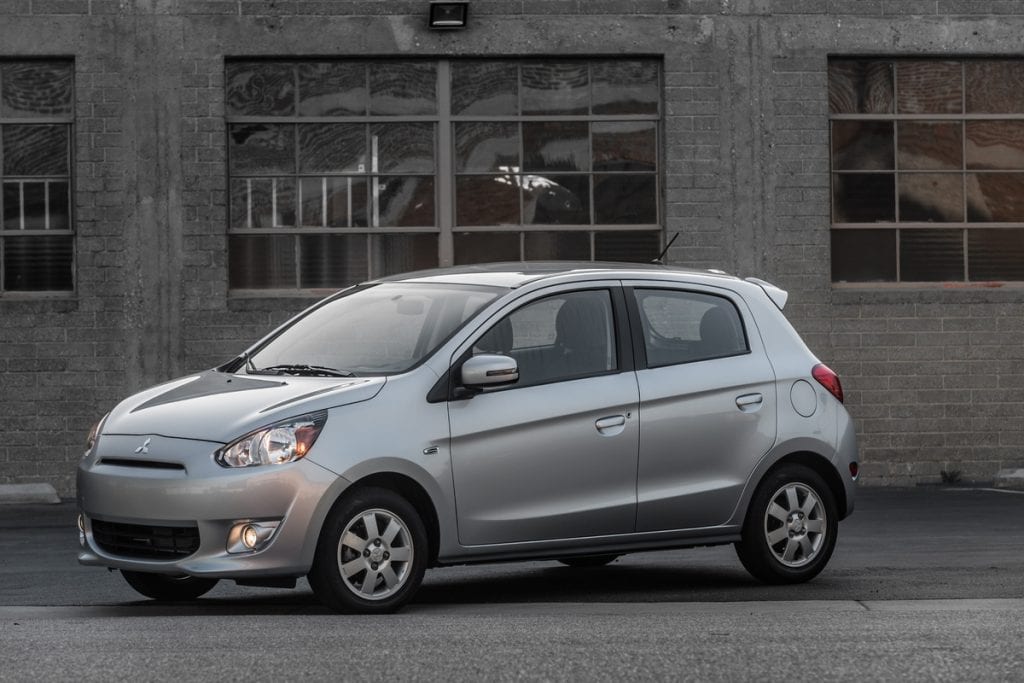 But there’s no Micra in the United States, and Mirage volume has steadily improved over the last year. Only once in six tries has the Mirage failed to increase its U.S. volume, year-over-year. Mitsubishi sold 3785 Mirages in the first-quarter of 2014, 4482 in the second-quarter, and 4599 in the third-quarter. Q4 volume not surprisingly fell to 3842 units, but January sales broke past the 1700-unit barrier for the first time. February, with 1863 units, was 158 sales better than January’s record, a 9% month-over-month improvement.

Context? Yes, the Mirage is selling better now than at any point in its first 16 months. But even in its best-ever month, the Mirage accounted for just 0.15% of all new vehicle sales in America; 0.32% of all new passenger car sales.

Nissan sold 11,909 Versa sedans and Notes in February. Struggling subcompacts like the Chevrolet Sonic (down 62%) and Ford Fiesta (down 23%) outsold the Mirage by 1037 and 1845 units, respectively.

The Mirage was Mitsubishi’s third-best-selling model behind the Outlander Sport and Lancer. Not including the i MiEV (two February sales), Mitsubishi only markets four different vehicles.

Nevertheless, it was a record. So chin up, Mitsubishi. We may wish your subcompact was nothing more than a mirage, but you’re making visible Mirages more apparent than ever.