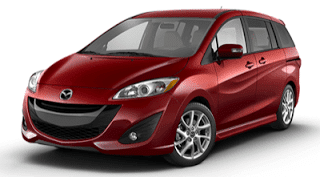 While America’s automobile industry collectively reported a 3.7% year-over-year increase in February 2013, the market for minivans shrunk 8.2%.

Of course, of the eight different minivan nameplates sold in the United States in February, two have or are in the process disappearing. If we exclude the Kia Sedona and Volkswagen Routan from the equation, America’s minivan market still slid 4.9% in February. Minivans were responsible for just 3.4% of the industry’s volume, down from 3.9% at this time last year.

There are three bits of good news on the minivan front, however. First, February wasn’t nearly as bad as January. In the first month of 2013, minivans were responsible for just 2.8% of the industry’s U.S. volume. Year-over-year minivan volume had slid 6.9%.

Meanwhile, in Mazda showrooms, the 5 is gradually making its way back. It seems doubtful that Mazda USA can continue with this 54% year-over-year increase, but if they do, 2013 will be the Mazda 5’s best U.S. sales year ever, just nudging 2008, which still stands as the best of the eight years in which the Mazda 5 has been on the market.

And for Toyota, the declines reported by the Chrysler Town & Country, Dodge Grand Caravan, and Honda Odyssey have paved the way for the Sienna to earn best seller status. Through two months, the Sienna has a narrow 1610-unit lead over the next-best-selling Grand Caravan, but that lead isn’t as expansive as it was a month ago.

To find historical monthly and yearly sales figures for any of these minivans, click the model name in the table below. For any other vehicle, select a make and model at GCBC’s Sales Stats page, or for non-mobile users, use the dropdown menu near the top right of this page. The U.S. minivan sales table below is now sortable, so you can arrange vehicles by February or year-to-date volume or by year-over-year change.