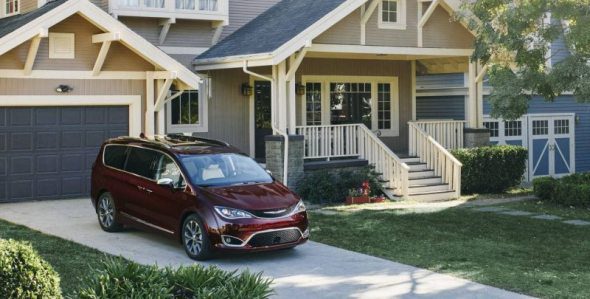 Here you will find the Minivan sales leaders in Canada for October 2017. Each month we compile the Best Selling Minivan sales data and reports for North American markets and analyze it to create the best selling list below.

Another slide for the Dodge Grand Caravan prevented the minivan market in Canada growing year-on-year for the month of October 2017.

The Dodge was down 11.1% in October’s figures, with its year-to-date also edging dangerously close to -10% now. Still, more than three times as many Grand Caravans have been sold in Canada this year than closest rival the Toyota Sienna, though the Toyota is on the warpath, increasing its market share to 17.7% compared with 15% this time last year.

The Honda Odyssey, Kia Sedona and Mazda 5 all posted meaningful increases in sales this month in the wake of the Toyota, while the Grand Caravan’s close relative the Chrysler Town & Country fell by 8%. With FCA claiming the factory shutdowns to meet US airbag regulations won’t affect distribution to Canada, that could be a worry.

This sales table of shows the top Best Selling Minivan sales performers in Canada , including their year on year growth rates both for the most recent month and year to date figures. Note that this table is sortable and that it fees the chart below. You can easily change the chart by filtering and sorting the below table.