My, how the tide has turned. Not long ago, General Motors gave up the minivan fight – a fight it had long since lost to Chrysler and Dodge – and refocussed on muscle car wars, a war it had surrendered to Ford about a decade prior.

Ford, on the other hand, has revitalized its muscle car, the iconic Mustang, while turning out its van engineers to work on on the Transit Connect, a tasty little commercial thang. Ford Mustang and Chevrolet Camaro sales, enarly equal in America in July 2010, are about as strong as a moderately successful minivan.
Chrysler’s muscle car, the 300-based Dodge Challenger, is nowhere near as popular in the United States, but Chrysler has the benefit of building the planet’s most popular minivans. The Chrysler Town & Country and the Dodge Caravan are being vociferously challenged by the 2011 Toyota Sienna, and an all-new Odyssey may strengthen Honda’s position on the lower Graph as well. Details on July 2010 sales of minivans and muscle cars in the USA are found below. 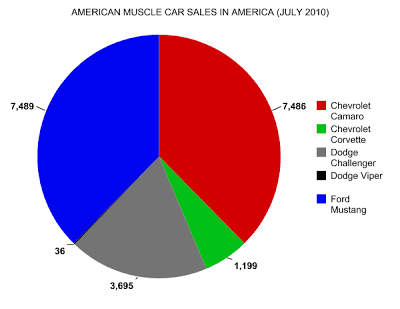 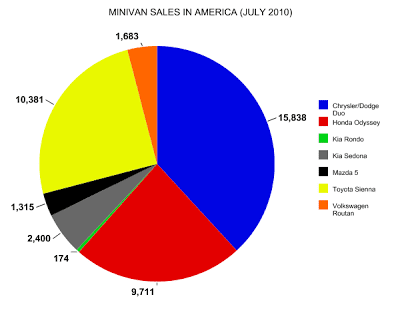