Just 754 sales shy of the Sienna’s 37,060 total, the new 2011 Honda Odyssey is up 8% this year. The Kia Sedona isn’t much competition, but Kia’s minivan was up 39.8% in April. Not a bad van by any means, the Sedona still can’t make gains like that without a handsome load of incentives. The Kia dealer a few kilometres from GCBC Towers (in Canada, admittedly) advertises Sedonas with $13,000 off the MSRP. 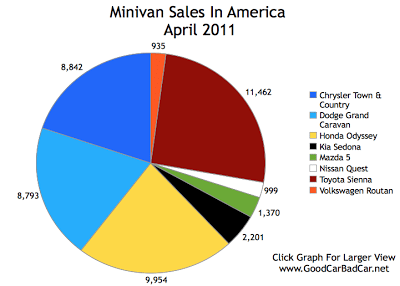 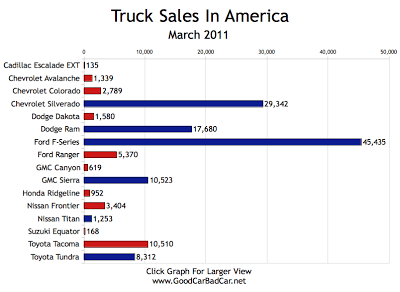