Chrysler’s portion of the minivan market was a strong 45.4% in February 2011. The 2011 Toyota Sienna found more customers than Honda could for its Odyssey, but only just. The introduction to the marketplace of the all-new 2011 Nissan Quest brought about 832 sales for Nissan USA. The Quest’s sales represented 4.1% of Nissan’s overall year-over-year gains.

You can see why Ford doesn’t want to bother importing the next Ranger. Fewer than two of every ten trucks sold isn’t a big’un; only one in five of those remaining truck sales belonged to Ford in February. 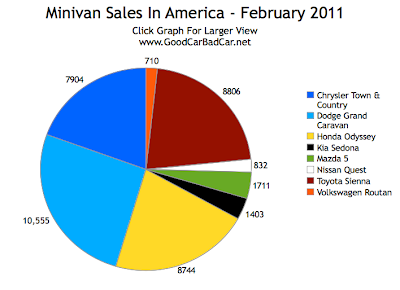 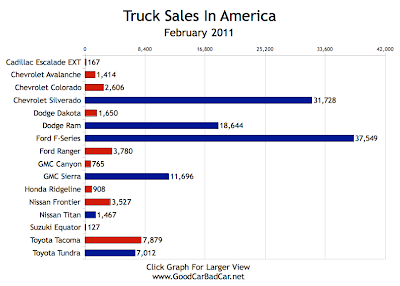