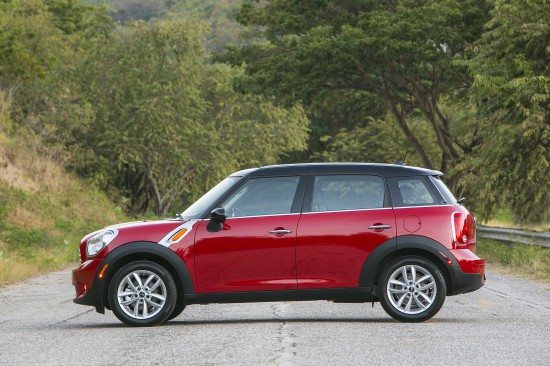 53% of the Minis sold in America in August 2014 were Countrymans and Pacemans. The Countryman was Mini’s best-selling model variant, responsible for 50% more Mini sales than the company’s original model, the one they call the Hardtop.

Now in its third BMW iteration, the Hardtop’s launch has been a slow one. This isn’t necessarily a reflection on the car’s popularity, as many Minis are individualized models that take time to cross the Atlantic. We’ve yet to see the full impact of what the new Mini can do.

Naturally Mini’s U.S. decline has plenty to do with the relaunch of its most popular model. Not every automaker has the wherewithal, the capability, and the consistent day-in-day-out appeal to introduce, for example, a popular new Toyota Camry without losing sales of the old model in the lead-up to that introduction. Mini Cooper/Cooper S Hardtop sales fell 8% in 2013, as the brand’s slight 1% growth was attributed to the Countryman and newer variants, Roadster and Paceman. Only in July of this year did there appear to be a reversing of the trend as Hardtop volume jumped 21%.

Regardless of the heights Mini achieves with its new cars – remember, they’re expanding the range by expanding the car – should we really be surprised that a brand which appeals to a relatively limited portion of the car-buying public would be relying on the success of its higher-riding models?

Acura is another shining example of the trend. Their car sales have been plunging for some time, and are down 32% so far this year, even as their crossover sales have jumped 20% compared with the first eight months of 2014. The RDX and MDX account for 69% of Acura’s U.S. sales in 2014.

Land Rover now outsells Jaguar by more than three-to-one in the United States. As recently as 2004, Jaguar was outselling Land Rover. TTAC‘s Chart Of The Day late last month showed the CR-V’s steady rise toward the top of the Honda pecking order.

Why should Mini be any different? Aside from, well, you know, the name of the brand, which signifies a deep-seated affiliation with things small and, dare we say it, miniature.

Things could be different soon enough. Mini may be able to take advantage of the Fiat 500’s decreasing appeal – 500 sales are down 11% in 2014 – and the Volkswagen Beetle’s Volkswagen-like performance in 2014 – Beetle sales are down 31% over the last eight months. Indeed, despite concerns about the dilution of the brand, perhaps the 5-door Mini is exactly what the brand needs to keep from turning into Great Britain’s next Land Rover.