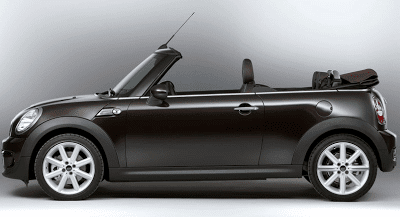 BMW USA reported an 8% improvement in Mini sales in September 2013 on strong sales of the company’s three least practical models, including two of its topless cars.

Paceman sales, on the other hand, climbed to new heights, a 55% improvement on Mini’s previous best Paceman sales month in June. Mini’s two men nameplates were responsible for 31.5% of the brand’s September volume; 34.8% through the first three quarters of 2013. 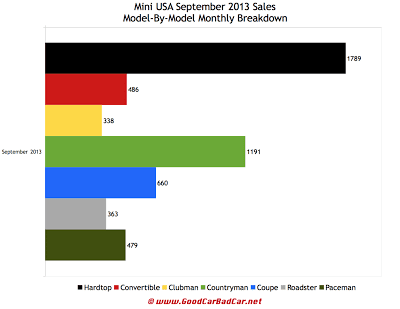