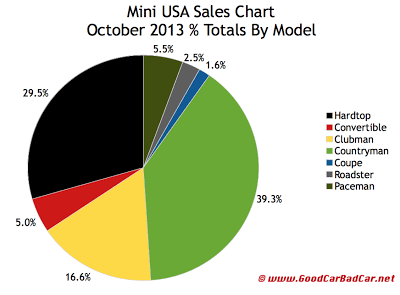 Sales at BMW’s Mini brand fell 3% in October 2013 even as the overall auto industry reported a 10% improvement. Mini’s decline, equal to 188 fewer sales in October 2013 than in October 2012, came as a result of falling sales from every model save for the Clubman and Countryman and despite an additional 316 sales from the Paceman. 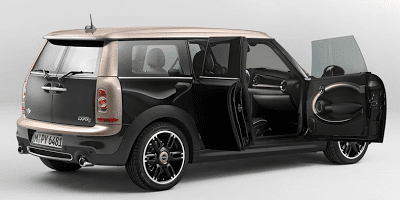 At 947 units, Clubman volume accounted for 17% of all Mini sales, up from 10% in October 2012. The three biggest Minis – Clubman, Countryman, Paceman – generated 61% of Mini sales, leaving just 2198 sales for the four smallest Minis.