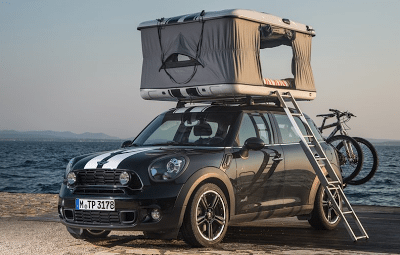 The best-selling Mini in America in July 2013 wasn’t the conventional, original, Cooper. America’s most popular Mini last month was, in fact, the Countryman, the least mini Mini.

Although Mini has delved into a number of niches, the niche-fillers don’t contribute much volume to Mini. (What they may do for Mini’s bottom line is another question.) Only 11.5% of Mini’s July U.S. sales came from the Coupe, Roadster, Paceman. 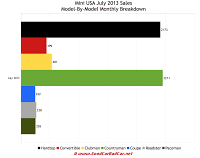 Overall, one in five BMW Group sales in July was a Mini, and just under three quarters of all Minis sold were either Countrymans or Cooper Hardtops.