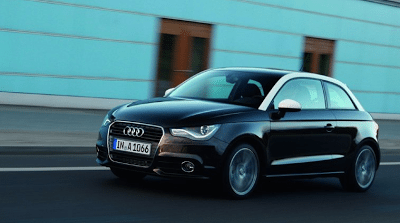 One quarter of all new vehicles registered in Mexico in the first nine months of 2011 were sold by Nissan. Sales of Mexico’s most popular auto brand are up 19% this year.

Ranking second is General Motors, the whole of General Motors. Without separate data for Cadillac we can’t say for sure and for certain that Audi is Mexico’s best-selling premium brand this year, but it seems like a pretty safe guess. Audi sales are up 50% compared with the first three quarters of 2010. The gains made by Mercedes-Benz and BMW haven’t been bad, at 19% and 18% respectively, but Audi’s surge has led to what now equals a 182-unit lead over Mercedes-Benz’s Mexican operations.

Back on the subject of Nissan, it’s worth noting the brand’s ranking in other nearby markets. Americans made Nissan the fifth-best-selling brand in the United States in October. During the same period, Nissan ranked ninth in Canada. Overseas, Nissan was the United Kingdom’s fifth-best-selling manufacturer, as well, a feat accomplished in no small part because of the Nissan Qashqai, a Roguish crossover responsible for 33% of all Nissan UK sales.

Helping to make Audi Mexico’s top-selling luxury division are numerous decidedly inexpensive entry-level cars, nameplates Audi doesn’t market north of the Rio Grande. The USD $18,200 Audi A1 stands out as an example of the utilización of premium badging on a car which features mainstream pricing. Audi also sells the 3-door A3 hatchback in Mexico, along with the Audi A3 Cabriolet. Further up the food chain you’ll find the USD $42,000 Audi S3 and the USD $40,500-$55,400 Audi A5 Sportback available in Mexico.

Es un mercado diferente, of that there is no doubt, one where Renault, Seat, and Peugeot sell vehicles. A market where Jaguar doesn’t really sell much of anything. The second quarter update on Mexican auto sales can be viewed here.

What you see below is a table on year-to-date Mexico Auto Sales, January through September 2011. Scroll down a ways and you’ll find a market share pie chart on auto sales in Mexico where the first three quarters are taken into account.