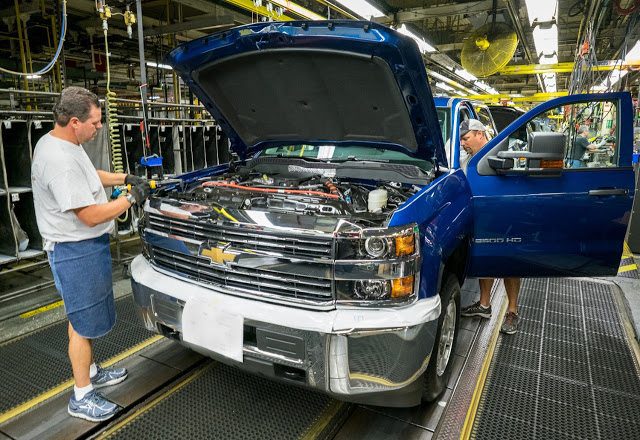 U.S. sales of America’s best-selling line of vehicles, the Ford F-Series, jumped 9% in May 2016 despite a slight downturn for the market in an abbreviated sales month.

But let’s be clear: auto sales weren’t unhealthy in May. The auto sales calendar isn’t the same as yours, and thus May 2016 featured only 24 selling days, down from 26 in May 2015. This means the number of new vehicles sold per day actually increased by nearly 2%, and any vehicle which lost less than 7.7% of its May volume actually sold more often per day in May 2016 than in May 2015.

Why is this important? Basically, the assumption that all the red font in the list below means the market suddenly hit a low point is a misguided assumption indeed. That said, auto sales growth certainly slowed in May 2016. Through the first-third of 2016, auto sales in America were up by more than 3%. Even if we factor in the abbreviated sales month in May, the market didn’t expand that quickly.

The F-Series was by no means alone in exceeding its May 2015 sales totals, even with less time to generate volume.

The Toyota RAV4, America’s top-selling utility vehicle, posted a 12% improvement in May.

‘;
document.getElementById(“vinads_div”).innerHTML = lfAd;
}
});
The table below is completely sortable, so when you click the column header to sort by vehicle names to showcase all Jaguars together, for example, you’ll also see the Jaguar brand’s total.

Reminder: these are 2016 year-to-date rankings, but you can sort vehicles by May volume by clicking the May 2016 column header, or you can rank vehicles by improvements or declines using the % columns. Or, most importantly, you can list automakers together by selecting the Vehicle column header.

Source: Automakers & ANDC & WSJ
* Italicized, asterisked, unranked lines are nothing more than available breakdowns, already included in the model’s total, not in addition to the model’s total.
² Total Prius Family sales: down 36% to 12,517 in May; down 25% to 56,378 YTD.
³ Hyundai USA combines sales of the Genesis and Genesis Coupe.
° Overall market figure is a combination of all reported sales figures and HybridCars.com estimate for Tesla.
† Tesla figures are estimates from HybridCars.com.
Sales data for brands such as Aston Martin, Ferrari, Lamborghini, Lotus, Rolls-Royce etc. are unfortunately not broken down by model. estimates say sales for Aston Martin and Lotus in 2016’s first five months were 430 and 70, respectively.
Tesla, unfortunately, doesn’t release model-specific monthly U.S. sales data, but we source estimates from HybridCars.com.
Model S sales estimate: down 35% to 1500 in May; up 3% to 9400 YTD.
Model X estimate: 2000 in May; 5900 YTD.
Tesla brand total estimate updated on 06.04.2016