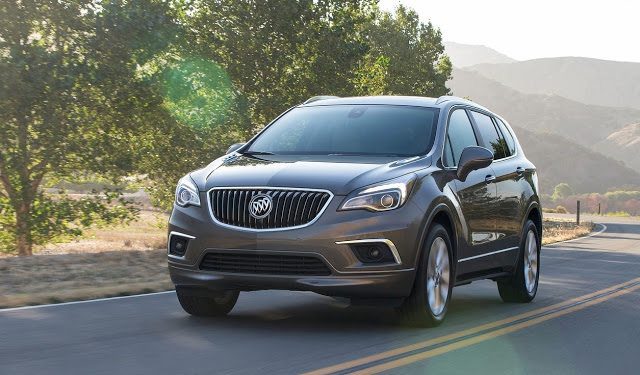 As the U.S. auto industry slowed in May 2016 – largely because an abbreviated auto sales calendar featured two fewer selling days than it did a year ago – sales of SUVs and crossovers rose 2%.

This gain of more than 14,000 sales was powered in no small part by the SUV-only Jeep brand, where sales grew by nearly 11,000 units thanks to big gains from the brand’s three smallest models. The hugely affordable and fleet-friendly Patriot/Compass duo, together with the new Renegade, contributed 36% of Jeep’s sales and added 13,480 sales to the Jeep ledger.

Not dissimilarly, the Toyota RAV4 increased its level of dominance, as well. As U.S. SUV/crossover sales grew 2%, RAV4 volume jumped 12%.

Year-to-date, the RAV4 leads the second-ranked Honda CR-V by 9075 units. Rewind one year and the CR-V was nearly 11,000 sales ahead of the next-best-selling Chevrolet Equinox, and the RAV4 ranked a distant fourth. Now, Toyota’s RAV4 Hybrid is taking the RAV4 nameplate to new heights.

‘;
document.getElementById(“vinads_div”).innerHTML = lfAd;
}
});
15,476 RAV4 Hybrids were sold in America during the first five months of 2016, or better than one in ten RAV4s. Subtract those sales and the RAV4 ranks third in the sector. Alone, the RAV4 Hybrid outsells all but 50 SUV/crossover nameplates.

Hyundai also made significant inroads in the SUV/crossover sector in May. The Santa Fe, figures for which include two distinct vehicles, grew its May sales by 88% to 14,732 units. At the same time, Hyundai sold 7369 Tucsons, the Tucson’s fourth consecutive 7K+ month. In 2015, the Tucson’s best year ever, Hyundai USA averaged 5300 Tucson sales per month.

Meanwhile, two New SUV nameplates were added to the fleet in May. Jaguar began selling the F-Pace; Buick introduced its new Envision.

Source: Automakers & ANDC & WSJ
* Italicized, asterisked, unranked lines are nothing more than available breakdowns, already included in the model’s total, not in addition to the model’s total.
° Overall market figure is a combination of all reported sales figures.
Tesla, unfortunately, doesn’t release model-specific monthly U.S. sales data, but we source estimates from HybridCars.com.
Model X estimate: 2000 in May; 5900 YTD.